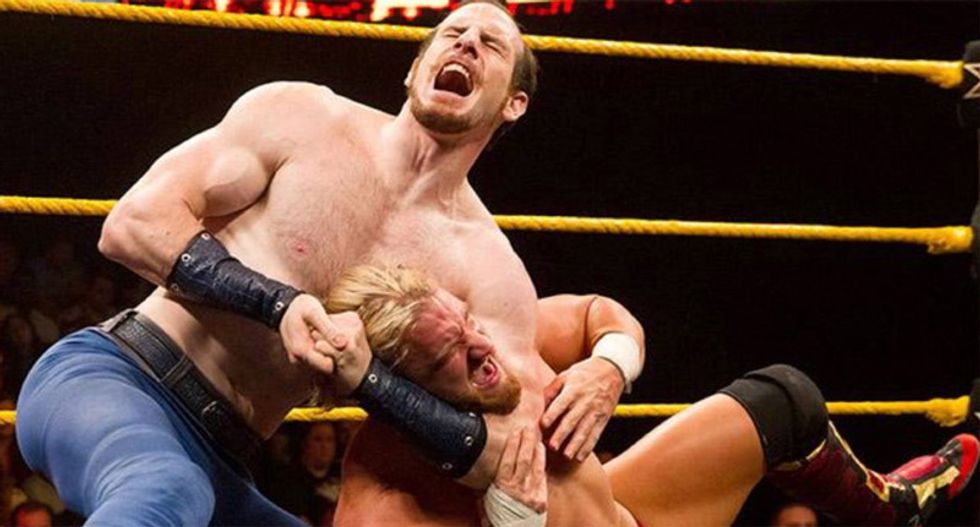 "Last Week Tonight" host John Oliver sounded the alarm about the way that the WWE manipulated the system to be able to continue holding matches and meet their television commitments when states were shut down from the coronavirus.

Now it seems that is coming back to bite them. The Orlando facility the WWE has been using for its performance has been overcome with COVID-19.

TMZ cited the ProWrestlingSheet, which reported at least three people were positive thus far. They aren't calling it an "outbreak" because it isn't a large group that has been confirmed to have the virus.

After being late to reopen and then deciding to reopen for Memorial Day, Florida has experienced a huge spike in cases, crossing the 109,000 mark.

There were 3,286 COVID-19 cases reported on Tuesday, and 5,508 reported on Wednesday, setting a new record for the state.

"The state of Florida early on designated professional sports and media production with a national audience as an essential service, so long as it’s closed to the general public," said John Oliver in May. "So, the WWE has continued staging shows in Florida, holding matches in front of empty chairs, but that requires a lot more people than just those two wrestlers. You need production crews working together in close proximity. And while the WWE maintains its safety measures are as comprehensive as they can possibly be, one employee wrote an anonymous letter to a Florida county commissioner asking them to shut the tapings down because 'despite sanitary precautions, we cannot maintain social distancing and have to touch other people.' But it’s easy to see why CEO Vince McMahon doesn’t mind them taking that risk, as he told investors on a recent earnings call, viewers want to see new matches."

Read the full report at ProWrestlingSheet.