‘100,000 lives late’: Trump ridiculed for proclaiming himself 'your favorite President' in belated message on masks 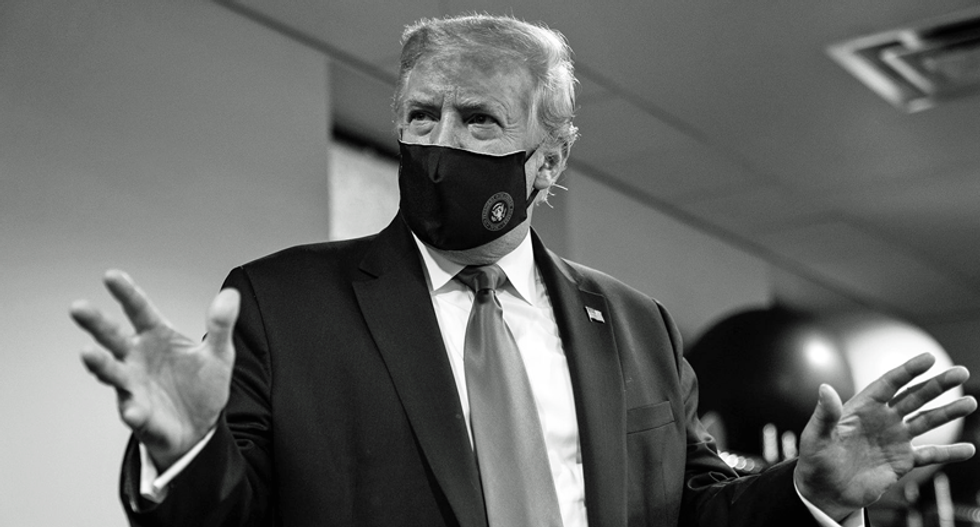 President Donald Trump tweeted a photo of him wearing a COVID-19 facial covering on Monday, the first time he had done so, which fell on the sixth month anniversary of the first case of coronavirus being discovered in the United States.

"We are United in our effort to defeat the Invisible China Virus, and many people say that it is Patriotic to wear a face mask when you can’t socially distance," Trump tweeted, without actually urging people to wear masks.

"There is nobody more Patriotic than me, your favorite President!" he added, which fact-checkers will point out is contrary to all public polling on the current commander-in-chief.

Trump was harshly criticized for his tweet, here's some of what people were saying:

@realDonaldTrump oh please, who tweeted this for you, just yesterday you were taking the exact opposite stance and… https://t.co/gqUB3jUnDx
— Jeff Tiedrich (@Jeff Tiedrich) 1595274635.0

People are curious why he finally did this. They told him point blank this morning if he doesn't at least fake it h… https://t.co/5pDZYyEUX0
— Todd Poirier (@Todd Poirier) 1595275450.0

What's interesting about this to me is that it reads like it was written by a staffer trying to mimic Trump's voice… https://t.co/BnFXimttXT
— Jonathan Chait (@Jonathan Chait) 1595274513.0