COVID-19 erupts in Louisiana after Republicans rebel against 'unconstitutional' masks 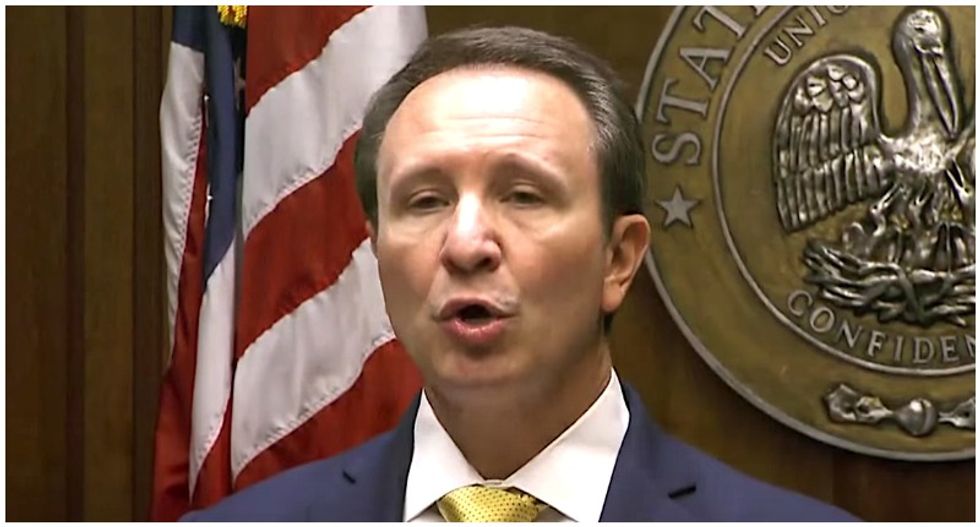 Louisiana Attorney General Jeff Landry has made a name for himself as a resister of wearing masks. Then on July 14, he announced that he had tested positive for coronavirus -- a development that forced him to cancel a planned visit with Vice President Mike Pence. But the climate of mask skepticism holds steady as the virus spikes throughout the state, The Daily Beast reports.

"In many ways, the attorney general’s shifting stance on coronavirus is illustrative of why Louisiana has struggled to contain the virus, according to conversations with elected officials, public health experts, and residents in the state," the Beast's Lemar White Jr. reports. "For nearly three weeks, Louisiana, one of the places hit hardest in the early days of the pandemic, has been confronting a surge in infections statewide. But this time, the crisis has moved out of the big cities and into the heart of Cajun Country and the rolling piney hills of north Louisiana."

Just one day after he tested positive for coronavirus, Landry slammed statewide mask mandates and bar restrictions as unconstitutional, saying that “the three provisions of (Gov. Edwards’) emergency order—the mask mandate, the 50 person indoor/outdoor gathering limit, and the bar closure—are likely unconstitutional and enforceable" -- an ironic proclamation since his own office makes wearing masks on the premises mandatory.

Now, Louisiana has climbed back to second in the U.S. with the most coronavirus cases per capita, forcing Gov. Bel Edwards to extend Phase Two restrictions (originally set to expire this Friday) for another two weeks.