A lap dance with a masked stripper? What strip clubs are like in the coronavirus age 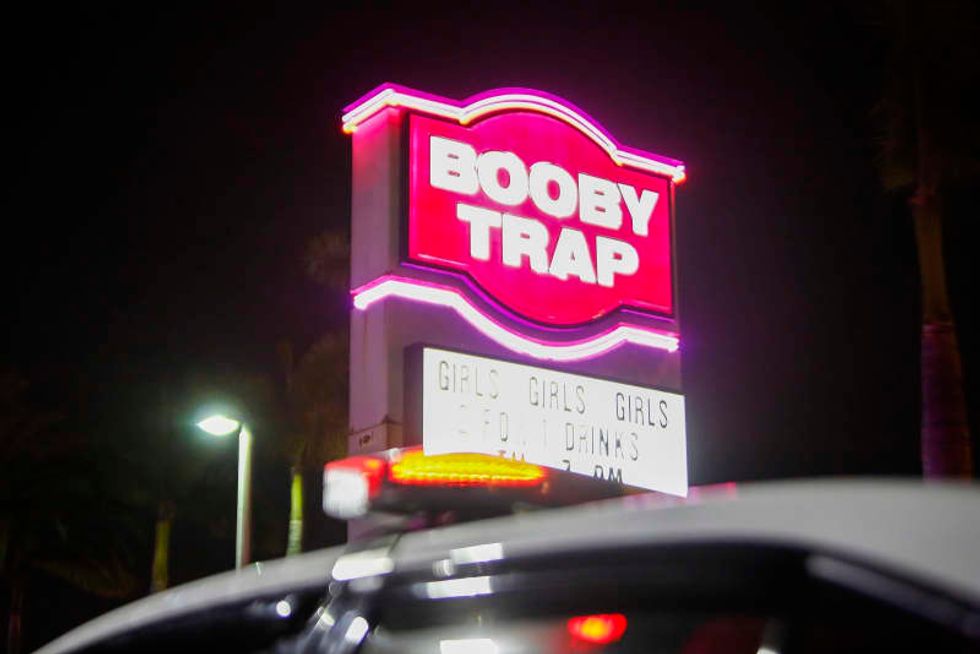 MIAMI — Burning question answered.Yes, you can get a lap dance during the age of coronavirus.If you feel so inclined to pop in to one of a handful or so strip clubs that have reopened in South Florida, this service is currently being offered.While a lap dance may not seem to be an activity that adheres to social distancing, done, um, properly, it is currently allowed.Deputy Mayor/Budget Director Jennifer Moon says the dancers must suit up accordingly, as in wear proper PPE such as a mask or facial shield as well as gloves. Clients must wear masks as well.The guidelines for a lap dance are the ...

With the Senate parliamentarian expected to issue advice as soon as Thursday on whether increasing the federal minimum wage to $15 an hour complies with the rules of budget reconciliation, top congressional progressives stressed that the official's decision is merely advisory and should not be used by Democrats to concede defeat on the push for a long-overdue pay raise for tens of millions of workers.

Rep. Pramila Jayapal (D-Wash.), chair of the Congressional Progressive Caucus (CPC), said in an appearance on MSNBC late Wednesday that Democrats "made a promise to people across this country that we were gonna raise the minimum wage, that we were gonna put money in people's pockets." The House has included the $15 minimum wage proposal in its version of the $1.9 trillion coronavirus relief package, and is expected to pass the sweeping measure on Friday."It's been 12 years since we've raised the minimum wage, and if we're going to make those promises, we have to be able to deliver on them," Jayapal said. "Because, I'll tell you what, in two years... when people vote in the midterms, you're not gonna be able to say, 'Well, I'm sorry, we couldn't raise the minimum wage because the parliamentarian ruled that we couldn't do it.' That's not gonna fly."

When Sen. Ted Cruz, R-Texas, bailed out for the balmy climes of Cancún while the worst winter storm in recent memory stranded millions of his constituents without power, he hired a security guard to watch his home and care for his poodle, Snowflake. But the way the senator chose to pay for that help may attract the attention of the Federal Election Commission, which has not sanctioned the use of campaign funds for personal security.

Cruz appears to have tapped into both campaign funds and his taxpayer-backed Senate allowance for security expenses, some of them related to travel. The FEC bars candidates and elected officials from using political contributions for their own personal use, and Cruz may have violated this rule if he used donations to pay for a security guard for his Houston home or at other times outside his capacities as a candidate or officeholder. It would also appear to be a violation of the personal use prohibition if Cruz dipped into his campaign account to pay the guard to do household chores, such as caring for Snowflake. Last year, former Secretary of State Mike Pompeo triggered an internal investigation for a similar alleged misuse of taxpayer funds, such as paying an aide to walk his dog.

The man who called me, a long-retired Chicago police officer, was alternately charming and curt. He insisted he had nothing to do with the murder.

“All the things you wrote in your letter to me are not true," he said, speaking slowly, his voice occasionally shaky. “Everything in there is a fucking lie."