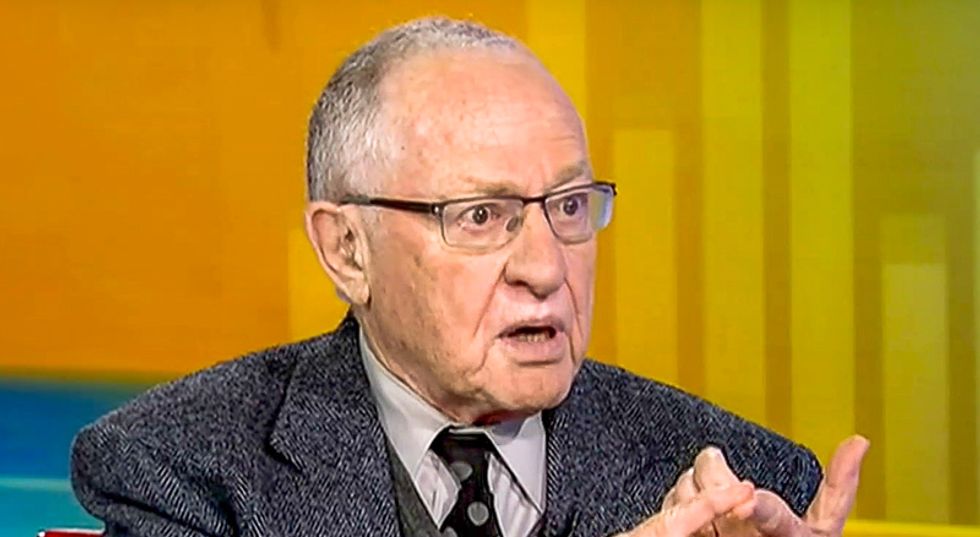 Attorney Alan Dershowitz has not been seen at his "favorite" nude beach in recent months as he fights off allegations that he participated in sexual abuse connected to Jeffrey Epstein.

According to Page Six, the 81-year-old Dershowitz likes to let it "all hang out" at Lucy Vincent Beach in Martha’s Vineyard.

But he hasn't been seen there in months.

Residents told Page Six that they believe Dershowitz's absence is due to his connection to the Jeffrey Epstein sex trafficking scandal.

"Alan’s not been on the beach in ages,” one person said. “We think he’s hunkered down.”

Others noted that COVID-19 could be a factor in Dershowitz's disappearance.

In a lawsuit filed in April, Virginia Giuffre accused Dershowitz of being a participant in Epstein's sex trafficking scheme and she said that she repeatedly had sex with the powerful attorney as a part of the operation.

Giuffre alleged that she was underage when she had sex with Dershowitz.

In a countersuit, Dershowitz accused Giuffre of defamation and inflicting emotional distress. He has denied all of her allegations.

On Sunday, Dershowitz called on any videos related to the Epstein case to be released.

Dershowitz is also on record arguing that the age of consent should be changed to 15 years old.

I stand by the constitutional (not moral) argument I offered in my controversial oped: if a 16 year old has the con… https://t.co/yRIKkt7Ibe
— Alan Dershowitz (@Alan Dershowitz)1564437885.0