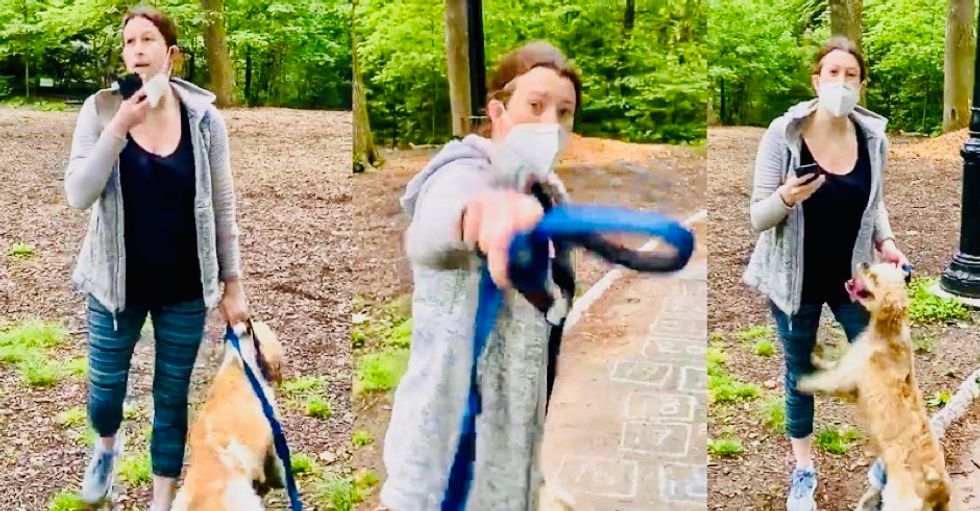 Amy Cooper, the white woman who called the cops on a Black man, Christian Cooper, who was bird watching in Central Park after he asked her to leash her dog on Memorial Day, will face charges.

Cooper lost her job after being identified on social media amidst a firestorm of people furious she was endangering the life of Christian Cooper, and over the way she was treating her dog.

Amy Cooper "will be charged with filing a false report, a misdemeanor punishable by up to a year in jail," The New York Times reports.

“I’m in the Ramble, there is a man, African-American, he has a bicycle helmet and he is recording me and threatening me and my dog,” Amy Cooper told the 911 operator. “I am being threatened by a man in the Ramble, please send the cops immediately!”

“Today our office initiated a prosecution of Amy Cooper for falsely reporting an incident in the third degree,” Manhattan District Attorney Cyrus R. Vance said. “We are strongly committed to holding perpetrators of this conduct accountable.”