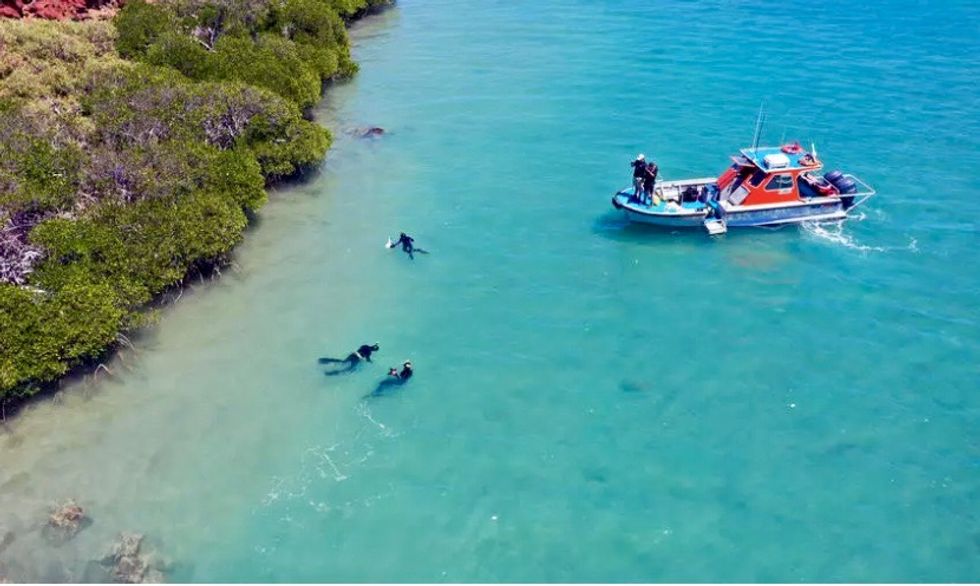 Archaeologists have for the first time found Aboriginal artifacts on the seabed off Australia, opening a door to the discovery of ancient settlements flooded since the last ice age, they reported Thursday.

Hundreds of ancient stone tools made by Australia's Indigenous people at least 7,000 years ago were discovered two metres underwater off the remote Western Australia coast, the research published in the PLOS ONE journal said.

A second site nearby revealed traces of human activity 14 meters below sea level dating back at least 8,500 years -- though researchers believe both sites may be even more ancient.

Archaeologists say the finds mark an exciting first step in uncovering more Aboriginal sites thought to have been flooded since the last ice age between 18,000 and 8,000 years ago.

"A huge amount of the archaeological evidence documenting the lives of Aboriginal people is now underwater," Benjamin said.

"Now we finally have the first proof that at least some of this archaeological evidence survived the process of sea level rise."

"We then used airborne laser scanners and high-resolution sonar on boats to pinpoint likely areas," he said.

Teams of divers were able to map 269 artifacts at a site about 2.4 meters below sea level off Cape Bruguieres in the Pilbara region, and found an underwater spring at the second site in Flying Foam Passage.

"This will help us better understand the life of the people who were so connected to these areas which are now underwater," he said.

"With this comes a new requirement for the careful management of Aboriginal sea country."

Archeologists have found Aboriginal sites in inland Australia dating back at least 65,000 years.

The first human settlers of the continent are believed to have arrived via Southeast Asia, by sea and over land bridges that were later submerged.