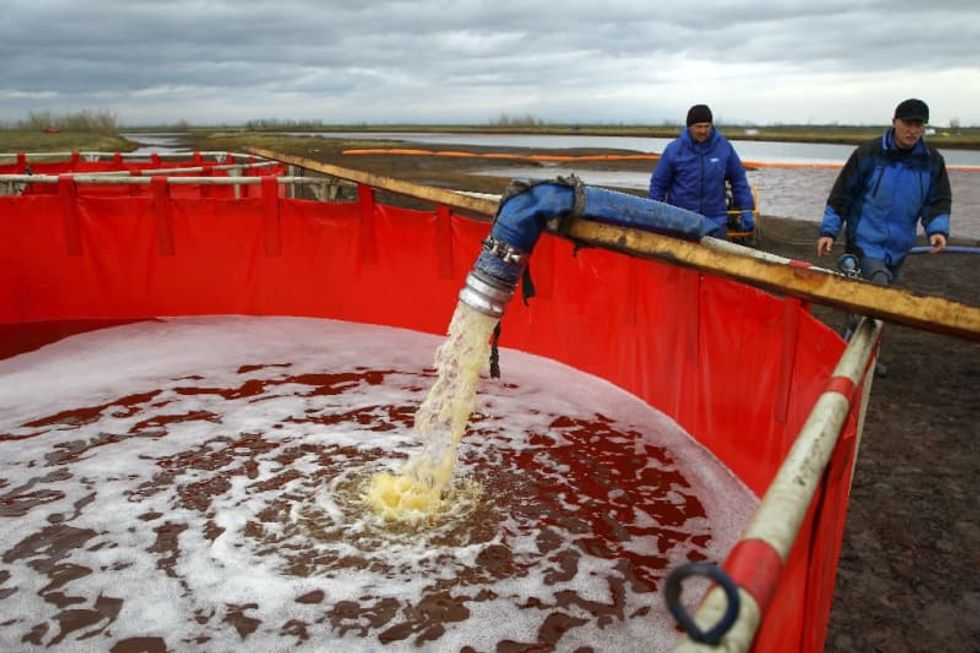 Moscow (AFP) - Russian mining giant Norilsk Nickel faced pressure from a key shareholder on Tuesday to overhaul management after disasters including a massive Arctic fuel spill that sparked a state of emergency. Aluminum producer Rusal, which owns 28 percent in Norilsk Nickel, said it was "seriously concerned" over recent environmental accidents in the Russian Arctic and called for a shakeup in management. "What is currently happening at Nornickel invites to seriously question the competence of the company's management as well as their suitability to be in charge of running the business," Rusal...