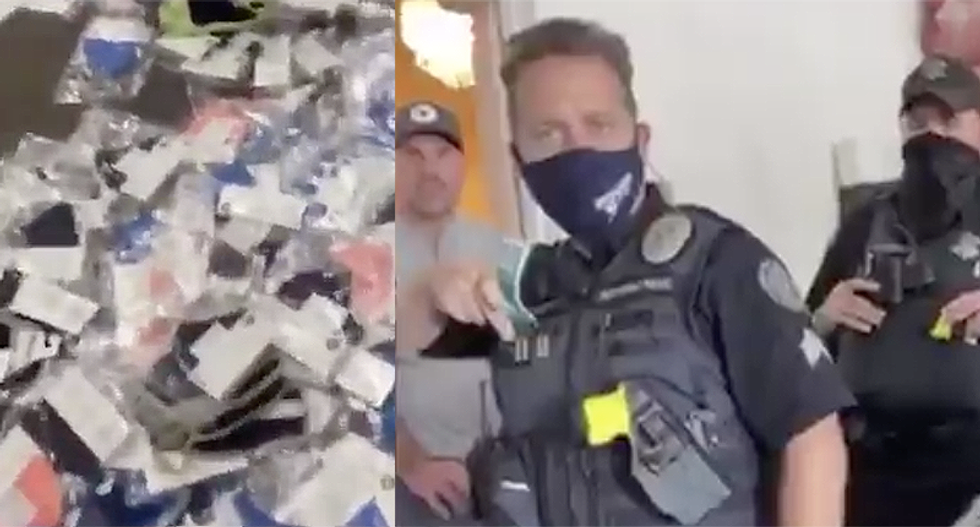 The long holiday weekend has led to several strange incidents by anti-mask-wearing conservatives throwing fits all over the country.

Such was the case in Scottsdale, Arizona, where an irate supporter of President Donald Trump, assaulted a wall of masks at a Target store. She was allegedly so furious that she began pulling all of the masks off the display and throwing them around the store area.

She appeared to be referencing the Black Lives Matter protests that turned violent and led to looting.

Police reportedly came to her house, and she was arrested while streaming the incident on Instagram Live. She told police that she is a spokesperson for QAnon and the White House and wanted the police to “call Donald Trump and ask him” because she can’t share any “classified information,” tweeted Rex Chapman with the video.

She says in the video that being a QAnon spokesperson is the same as being a spokesperson for the White House and that the police didn't have the clearance level to know what she was doing at the Target. "Do I have his phone number? I'm on the phone with him all the time!"

When the police turn to handcuff her she claims that it is because she's Jewish and this is a Nazi attack. The officers can be heard saying that they didn't know she was Jewish to begin with.

Trump has refused to wear a mask and Fox News anchors have opposed using them. As a result, Trump supporters and conservatives have waged a war against masks and those who wear them amid the coronavirus pandemic.