Attorney for St. Louis couple who waved guns at protesters turns handgun over to police 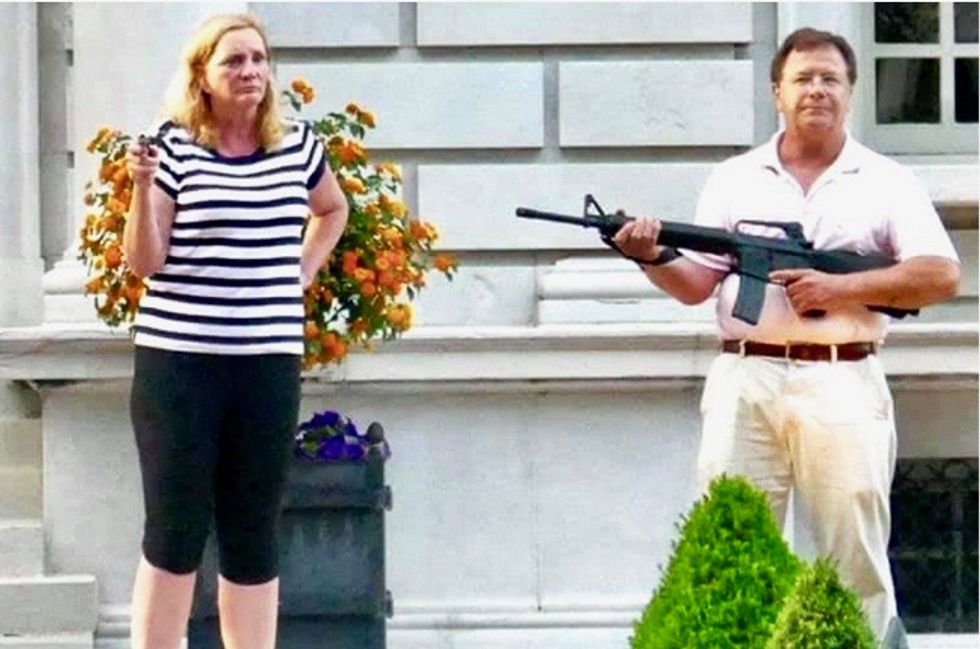 ST. LOUIS, Mo. — Lawyer Albert Watkins on Saturday turned over to police what he said was the handgun that city resident Patricia McCloskey had waved at protesters June 28. Police served a search warrant Friday at the Portland Place home of Mark and Patricia McCloskey and seized the rifle that Mark McCloskey had brandished that evening.The couple made national headlines after they stood in their yard holding a rifle and a handgun and shouted at a crowd of protesters marching through the neighborhood on their way to St. Louis Mayor Lyda Krewson’s house.Watkins said he took possession of the han...