Australian columnist aghast at America's 'rotten' COVID-19 response: 'We are witnessing the fall of a great power' 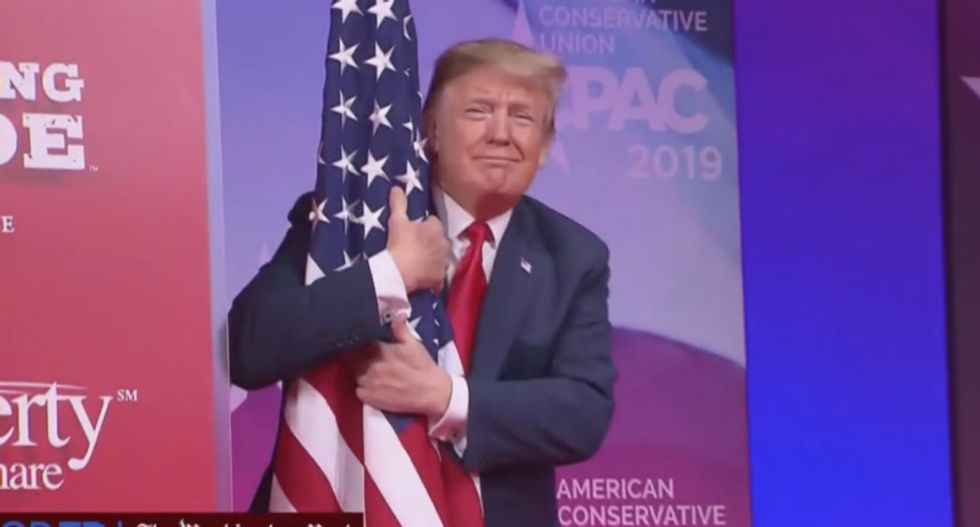 A columnist for an Australian newspaper has been watching the United States' response to the novel coronavirus with a mix of shock and horror -- and he now believes "we are witnessing the fall of a great power."

Crispin Hull, an editor and columnist for The Canberra Times, argues in his latest column that President Donald Trump's disastrous handling of the pandemic is symbolic of deep rot within the American political system.

"Look at the U.S. now," he writes. "Its president is so psychiatrically disordered with narcissism that he is incapable of dealing with the COVID-19 crisis in a coherent, empathetic way. Everything he says and does is through a prism of himself. He has now turned his whole re-election campaign into one of race hate, law and order and a bizarre invention of a threat from 'left-wing fascists.'"

However, Hull cautions Americans that merely getting rid of Trump this fall will not instantly fix what ails the nation.

"The underlying weakness in present U.S. democracy is that partisanship has become so extreme that the nation is incapable of dealing with the major issues that face it," he writes. "COVID-19 has illustrated that starkly, with every word and act predicated on party allegiance. Meanwhile, other problems like race, police violence, gun control, inequality, the health system, climate change and energy policy go unattended."