Biden and Obama tag team on Trump's bungled COVID-19 response: 'He can't relate in any way' 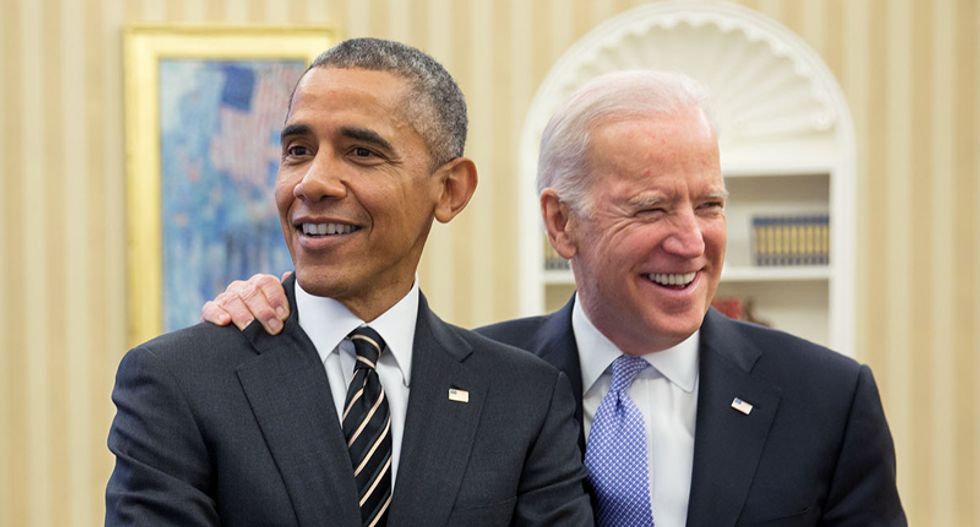 Former President Barack Obama and presumptive Democratic presidential nominee Joe Biden have teamed up for a new video in which they shred President Donald Trump's handling of the novel coronavirus pandemic.

In a one-minute clip released on Biden's YouTube page Wednesday, the former vice president begins by slamming Trump for saying he takes "no responsibility" for handling the pandemic.

"Those words didn't come out of our mouths," Obama replied.

Biden went on to say that he was baffled at the way Trump doesn't seem to understand what the pandemic has done to the country.

"I don't understand his inability to get a sense of what people are going through," he said. "He can't relate in any way."

"One of the things I have always known about you, Joe, it's the reason I wanted you to be my vice president, and the reason why you were so effective... it all starts with being able to relate," Obama told his former VP. "If you can connect those struggles to somebody else's struggles, then you're going to work hard for them and that's what's always motivated you to be in public service."