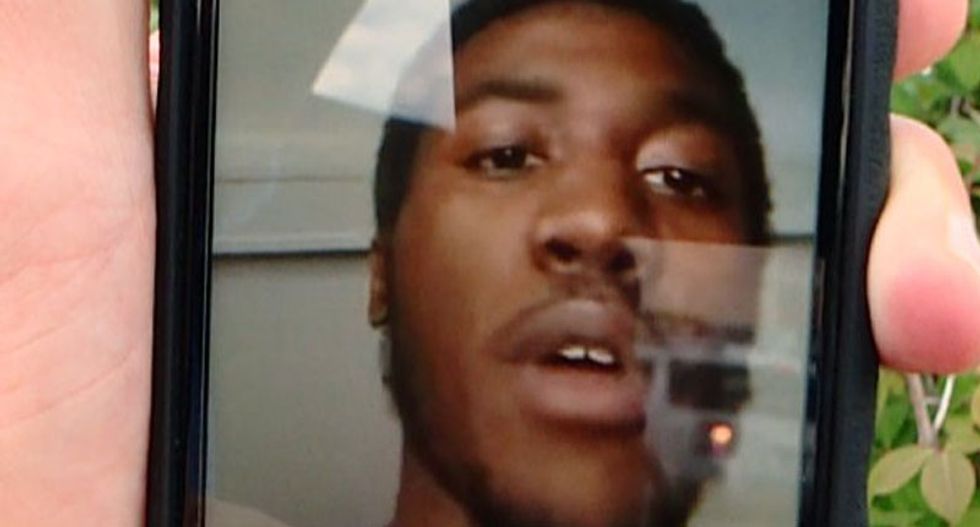 A Black man was stabbed Wednesday during an altercation in a Bowie, Maryland supermarket. The incident allegedly occurred after he was spotted with his white girlfriend and then accused of betraying his race.

"I was just shopping in Giant with my girlfriend," the victim, Avery, told WUSA9.

Another Black man reportedly approached the interracial couple after they bumped grocery carts. The suspect then pulled out a knife and started yelling at them.

"He said I'm a betrayal of my kind for messing with a white girl," Avery said. “If you think there's something wrong with somebody for messing with another race, you're just as bad as the racist people yourself bro. That's racist."

Avery stepped in front of the suspect to protect his partner and began to wrestle with him, police said. At some point during the struggle, Avery was stabbed in his right leg.

Police have detained 26-year-old Marcus Crews as a suspect.

"Hate truly has no place here in Bowie, Maryland, and we stand firm in upholding service with integrity to such a wonderful city," Bowie Police said in a statement.