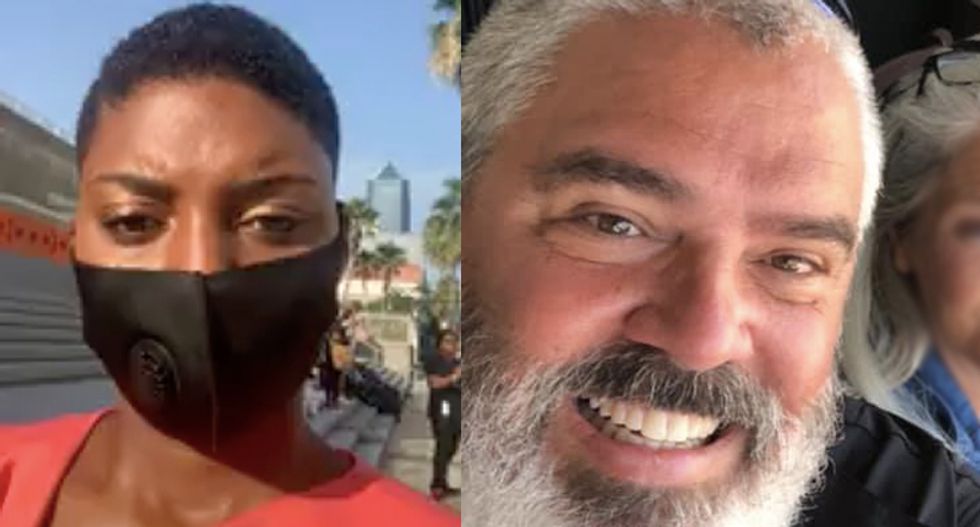 News4Jax reporter Lena Pringle covered the peaceful Black Lives Matter protests in downtown Jacksonville, Florida on Thursday, only to be attacked for being there by a white police union chief.

"The Kemetic Empire, other activist organizations, and family members of those killed by police are demonstrating on the steps of JSO in downtown Jacksonville. Listen in to find out what concerns and changes they want to see from JSO," Pringle typed, posting a video of the demonstration that displayed black body bags to signify the lives taken by police. The comments exploded on Pringle's feed with racism and hate.

Police union president Steve Zona shared the video with a snide commentary on the reporter.

"We support the right to peacefully protest even if we don’t agree with the message and we don’t. But it’s also nice to see a local reporter out protesting with them. Reinforces what we already know about many in the media. Add another one to the list of zero credibility," he said. 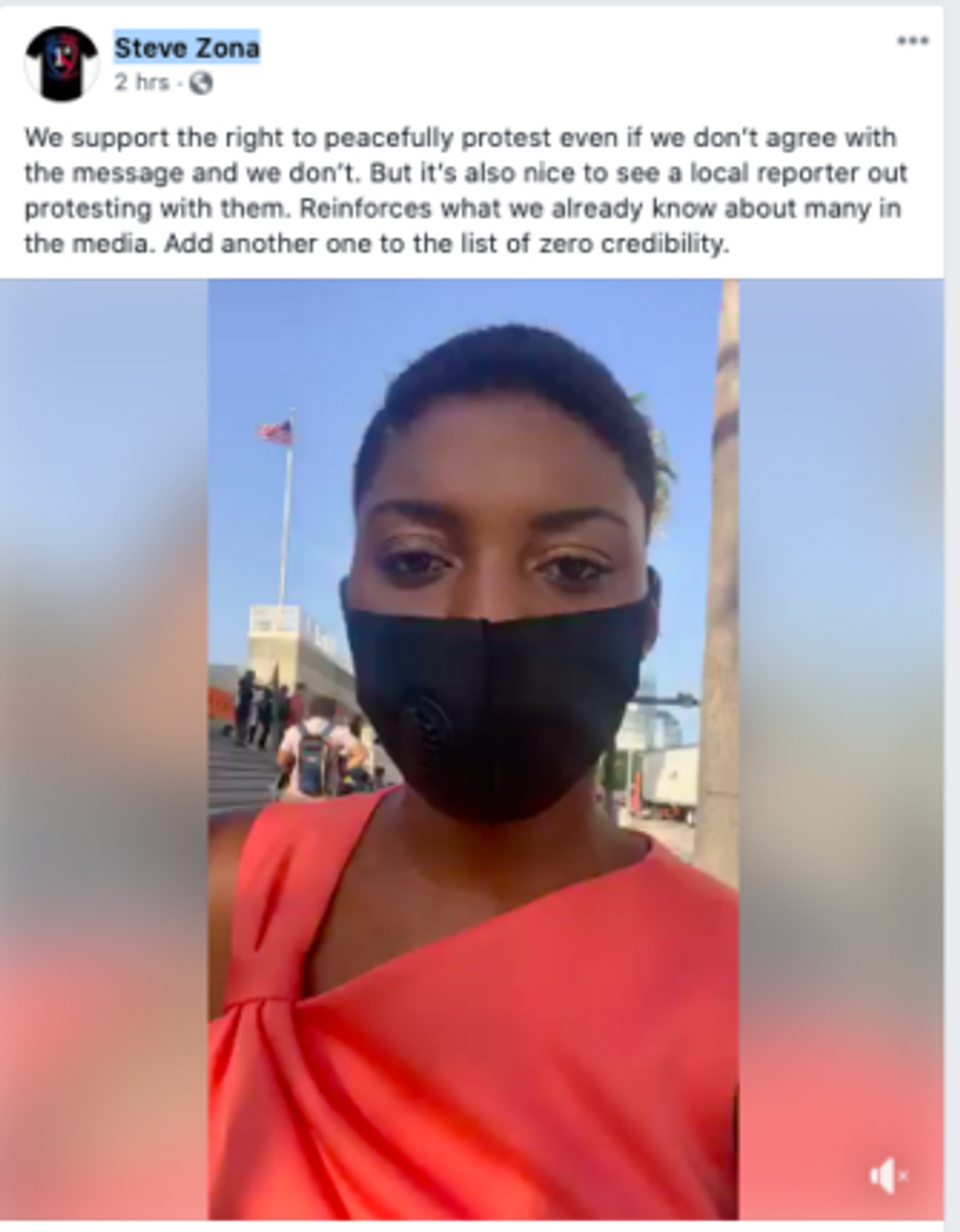 "This comment on this Facebook post from Steve Zona is completely false," tweeted Pringle after the attacks by police began. "I was never protesting with protestors - I was covering the story for my station. My credibility is 100% intact. This is inappropriate. I am disgusted with this false claim from someone of your status."

"I can’t believe this is happening," Pringle also tweeted. "This is dangerous and a false statement @szonajaxfop please correct this. I am holding you accountable as a leader in this city to do the right thing and tell the truth."

See her video report and the hateful comments below: