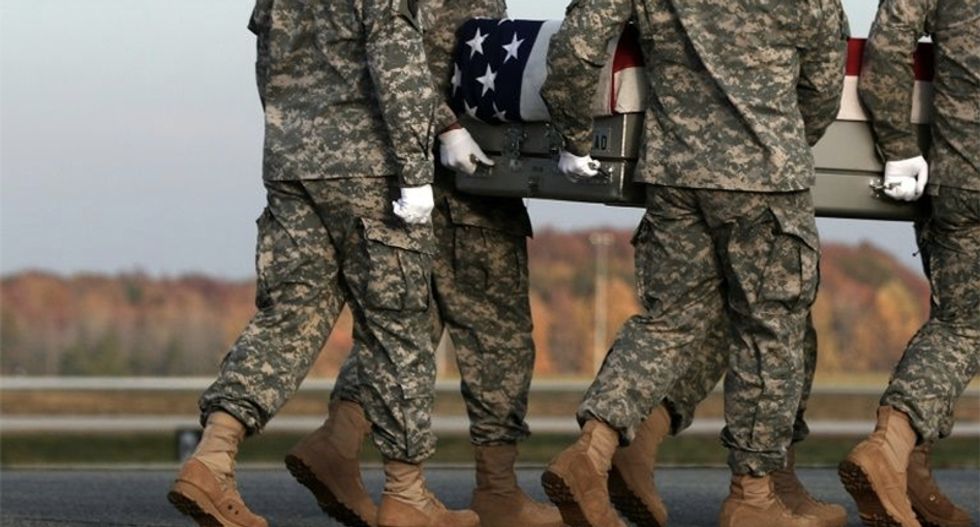 The US wars in Iraq, Afghanistan and other countries have taken a heavy toll on those who fought them (Photo: AFP)

President Donald Trump, the Director of National Intelligence, the former acting Director of National Intelligence, the National Security Advisor, the Secretary of State, the Secretary of Defense, the White House press secretary, and other Trump-appointed administration officials all have offered varying denials that Russia is paying terrorists in the Taliban to kill American soldiers, and that President Trump was briefed on the bounty program as far back as March of 2019.

Those who are not denying that Russia is paying the Taliban to kill American troops?

"The Taliban sources were clear that this took place, and said Iran and Pakistan do it too," Business Insider, a right-leaning news site, adds in its report.

Russia is not only paying cash – via wire transfers as The New York Times reports – to the Taliban to kill Americans, but "Taliban commanders have confirmed" Russia has also offered "material support to its members in exchange for attacking US forces in Afghanistan."

The former Taliban commander, now a refugee in Greece, explains that the Russians "did not spend the money because we are friends. They spent it to kill their American enemies."

Trump, as recently as Wednesday morning, has denied that the Russian cash-for-killings bounty program exists, and that he was ever briefed on it. As with many things that are true, Trump labeled it a "hoax."