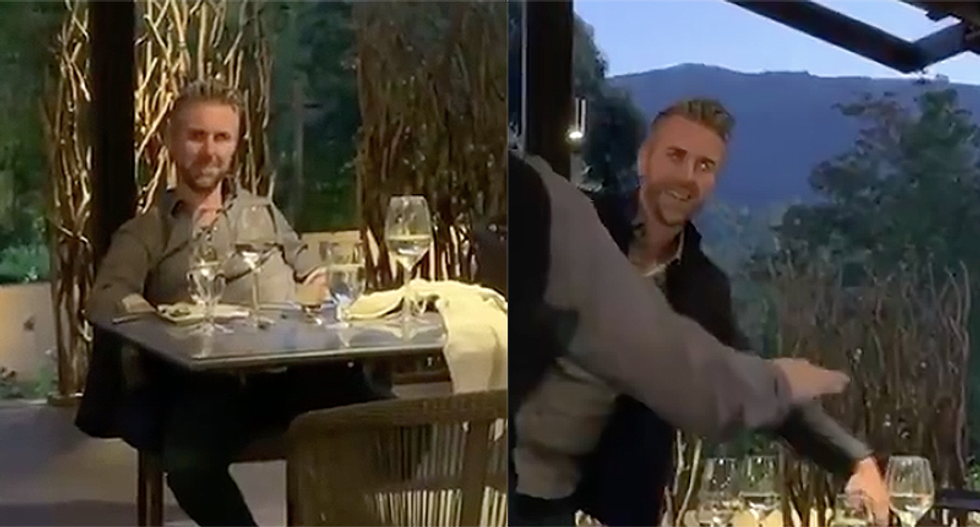 Another horrific racist incident at the hands of a supporter of President Donald Trump has unleashed an expletive-laced tirade on an Asian family.

"Trump is gonna f*ck you!" the man yells. "You f*ckers need to leave! You f*cking Asian piece of sh*t!"

The man appeared to be sitting at a table alone at the restaurant.

"Get out!" a server steps in telling the man he must leave.

"I already put my--" the man says putting on his jacket.

"No! You do not talk to our guests like that!" she shouts.

"These are valued guests!" the server screams back.

There have been more than 800 incidents of reported hate incidents targeting Asian people in California during the pandemic, a recent report revealed.

When the man was called out on social media for his behavior he responded, "Great food for u - leave our planet. Asian f*ck. Come near me or my people and u r f*cking dead. Do not start. U f*cking piece of shot (sic)." 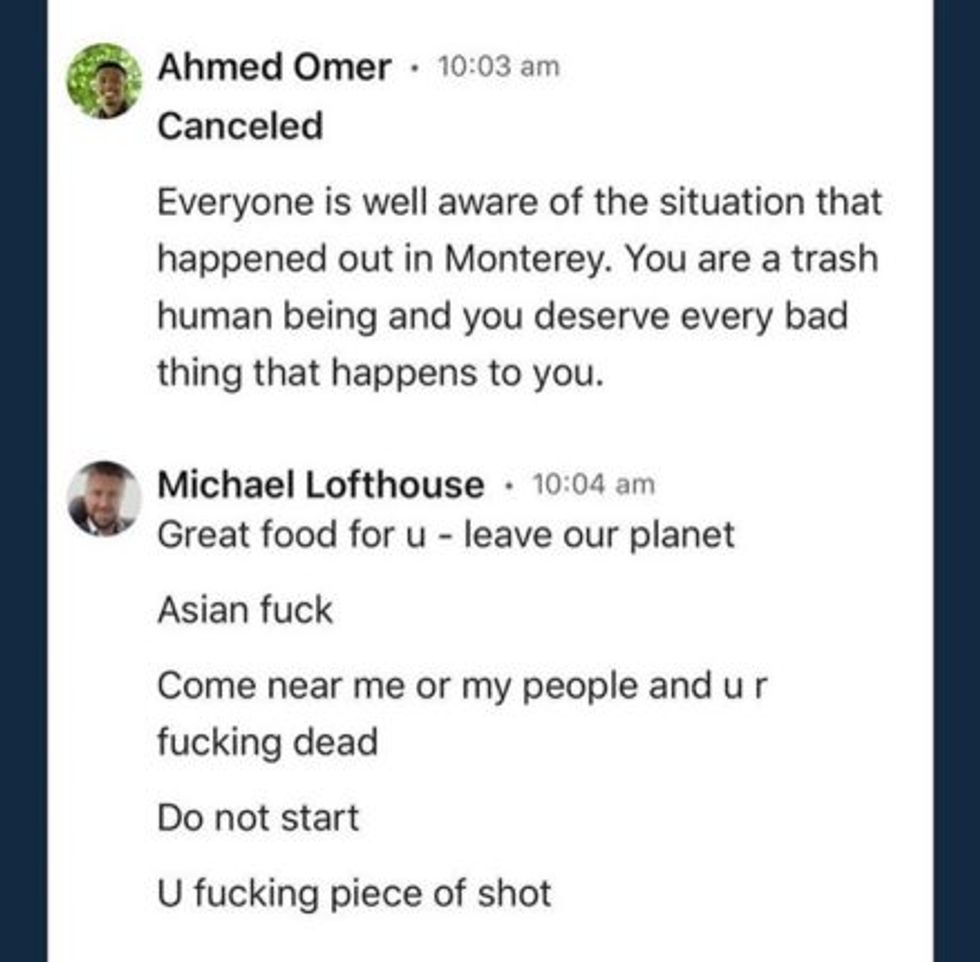 You can see the horrific video below:

❗️❗️❗️SHARE THIS POST❗️❗️❗️ Trigger warning: Racism, Vulgar Language (FYI he had a LOT more to say after I stopped recording) This is the face of the man who relentlessly harassed my family and I completely UNPROVOKED, UNWARRANTED, and UNCONSCIONABLE. We were celebrating my tita’s birthday, literally just singing happy birthday to her and taking pictures, when this white supremacist starts yelling disgusting racist remarks at us. (“Fuck you Asians” “Go back to whatever fucking Asian country you’re from” “You don’t belong here”) It is no coincidence that this man has the audacity to showcase such blatant racism on the 4th of July. White supremacy has a notorious habit of masquerading as patriotism! The fact that Donald Trump is our president (i.e. THE MOST POWERFUL MAN IN THE WORLD) gives racists a platform and amplifies voices of hate. The surfacing of racists is so prevalent right now, even in such an ethnically/culturally diverse and liberal state like California, because Trump HIMSELF uses his position to incite racial tension and to promote aggression towards POC, foreigners, and immigrants. We need change! PLEASE PLEASE PLEASE VOTE THIS UPCOMING RE-ELECTION. PROTECT ALL PEOPLE REGARDLESS OF SKIN COLOR AND ETHNIC ORIGIN. ✊🏻✊🏼✊🏽✊🏾✊🏿