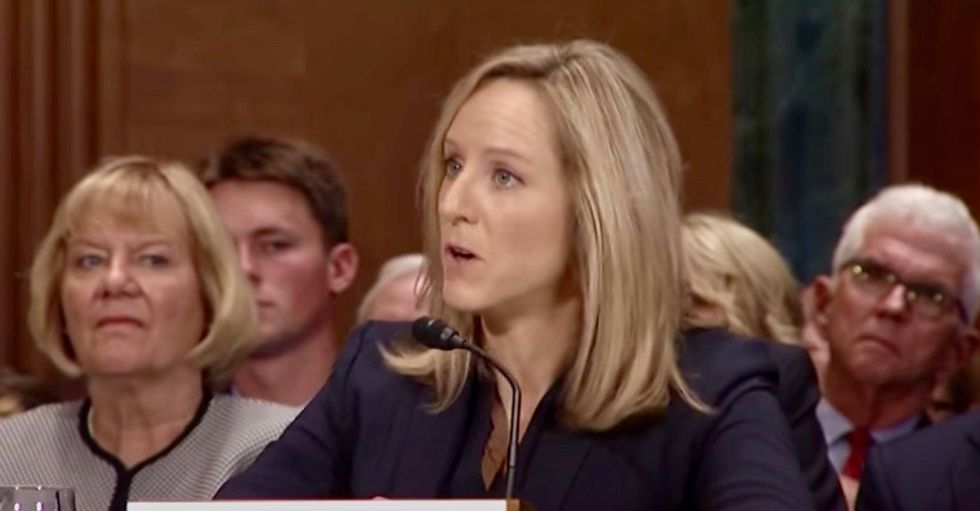 "Kraninger just stamped an official seal of approval on one of the worst practices of payday lenders."

Kraninger, who was nominated by President Donald Trump and confirmed by the Senate in 2018, "just stamped an official seal of approval on one of the worst practices of payday lenders—and now there's nothing stopping the industry from ruining families with 400% interest rates in the middle of a recession," said Jeremy Funk, spokesperson for consumer watchdog group Allied Progress.

A truly shameful thing that right in the middle of the economic distress from this pandemic, the current CFPB leadership would choose to roll back the heart of the payday lending reform rule."

"For the sake of all U.S. consumers," Funk added, "the director needs to step aside."

The final rule—which has been in the works for more than a year—rolls back Obama-era regulations requiring payday and car-title lenders to verify that borrowers have the ability to repay before approving high-interest, short-term loans. Last June, Kraninger delayed implementation of the safeguards, which were previously set to take effect on August 19, 2019.

According to the Payday Loan Debt Trap Tracker, Kraninger's decision to delay the regulations cost consumers nearly $6 billion in fees.

"A truly shameful thing that right in the middle of the economic distress from this pandemic, the current CFPB leadership would choose to roll back the heart of the payday lending reform rule," tweeted former CFPB director Richard Cordray, who helped develop the Obama-era regulations. "Protecting consumers again takes a back seat to catering to the financial industry."

The American Banker reported Tuesday that Kraninger's rollback is "projected to save the payday lending industry more than $7 billion a year."

"The politically appointed leadership of the Consumer Financial Protection Bureau is actively facilitating harm to consumers at a time of crisis and uncertainty."

Mike Calhoun, president of the Center for Responsible Lending, said in a statement that "there is never a good time to enable predatory loans carrying 400% interest rates, but this is the worst possible time."

"The pain caused by the CFPB gutting the payday rule will be felt most by those who can least afford it, including communities of color who are disproportionately targeted by payday lenders," Calhoun added. "Payday and car-title lenders pull borrowers into financial quicksand. The CFPB's own research shows that four out of every five payday loans are reborrowed within two weeks—because borrowers can't afford to repay the initial loan."

"Taking out a payday loan makes a person more likely to lose their bank account, rack up overdraft fees, and file for bankruptcy," said Calhoun. "With today's action, the politically appointed leadership of the Consumer Financial Protection Bureau is actively facilitating harm to consumers at a time of crisis and uncertainty."

"With regulators throwing open the doors to predatory lender, Congress must step in to prevent profiteering and stop payday and car-title lenders from burying people in high-interest debt," AFR senior policy counsel Linda Jun said in a statement. "Predatory lenders will do nothing but prolong the human misery stemming from this crisis."