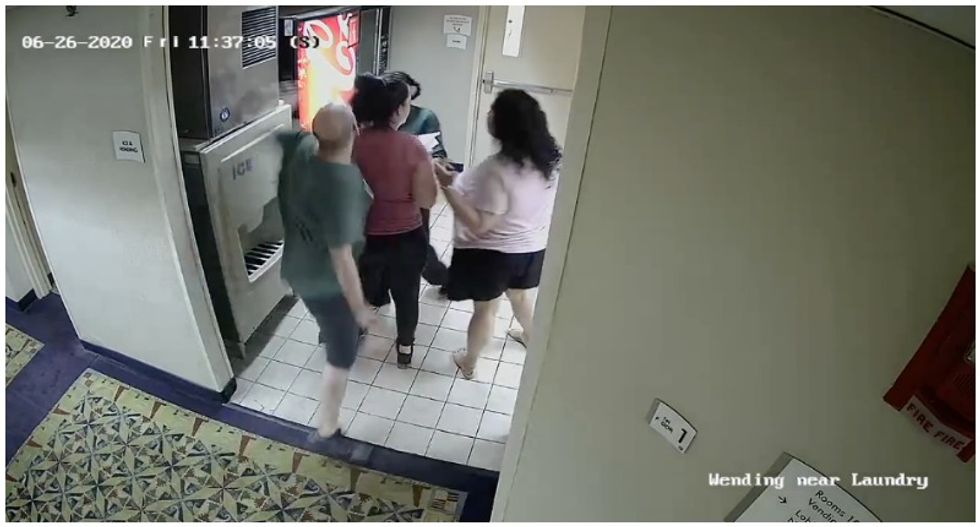 Two people who were caught on surveillance video in a suspected racially-motivated assault of a Black woman at a hotel in Connecticut have been arrested, WFSB reports.

Supporters gathered in Stonington this Saturday and demanded justice for Mystic Inn employee Crystal Caldwell. According to Caldwell, the suspected referred to her as a "monkey" as they were assaulting her.

Watch an initial report on the story from CBS Long Island below: