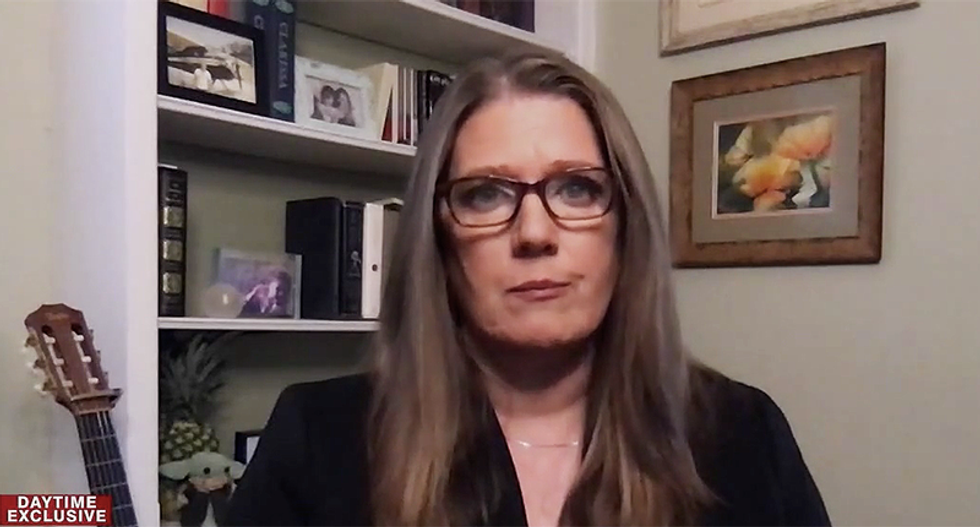 In a discussion with "The View," President Donald Trump's niece Mary walked through the psychological things she has concluded from observing the president and her father and aunt and uncle over the years.

Co-host Whoopi Goldberg asked about why she thinks that the president is "terrified," as she described in the book.

"I mean, I think he's -- again, I wouldn't say it's conscious, but very deep down, he's terrified of being revealed not to be any of the things he claims to be or believes himself to be," said Mary Trump. "You know, the best, the greatest, the smartest, the man who knows more than everybody else, the self-made man and the incredible success."

"Honestly I can't speak to that with any more authority than anybody else," Ms. Trump said. "My cousins are much younger than I am. Donnie's 12 years younger. Ivanka's 16 years younger, et cetera. So, I didn't even grow up with them. You know we overlapped a little bit, but we essentially belong to two different generations of grandchildren."

She explained that the president's mental concerns were likely stemming from a very young age.

"When Donald was around 2 1/2 years old, which is an extremely crucial period in a child's development, my grandmother became very ill, and for about a year, was in a hospital and was essentially unavailable to her children," Mary Trump continued. "And, you know, on some level, Donald for whom she was his main caretaker and source of love and human contact, probably felt abandoned. It certainly wasn't her fault, but my grandfather who had no use for children did not step in, and did not provide Donald with the affection and caring and mirroring that he would have needed in order to survive after my grandmother's absence."

She said that at the same time, her father, Fred Trump Jr. was a little over 7-years-old at the time and "did not live up to their father's expectations."

"Fred Trump wanted his namesake, his heir apparent to be a killer, a tough guy, and my dad was a kind, sensitive man who couldn't handle the criticism or the pressure," she continued. "Donald learned a very deep lesson from that and it was essentially don't be anything like Freddie. If you are anything like Freddie, you're going to get dismantled and it's not going to end well for you. So, Donald took on the persona of the killer, the tough guy, you know, the person who was willing to do anything to win because in our family, you know, my grandfather treated everything as a zero-sum game. if you weren't winning, you were losing."

A group of wealthy progressives announced Thursday that it will support primary challenges against Rep. Henry Cuellar, Sen. Kyrsten Sinema, and other right-wing Democrats who have actively obstructed President Joe Biden's legislative agenda and, in the process, potentially boosted the GOP's chances of retaking Congress.

"These radical moderates have done more damage to President Biden’s agenda than Mitch McConnell and Ted Cruz combined," Erica Payne, president of the Patriotic Millionaires, said in a statement announcing the organization's endorsements for the looming 2022 midterms—and its plans to back campaigns to unseat right-wing Democrats in this year's elections and beyond.