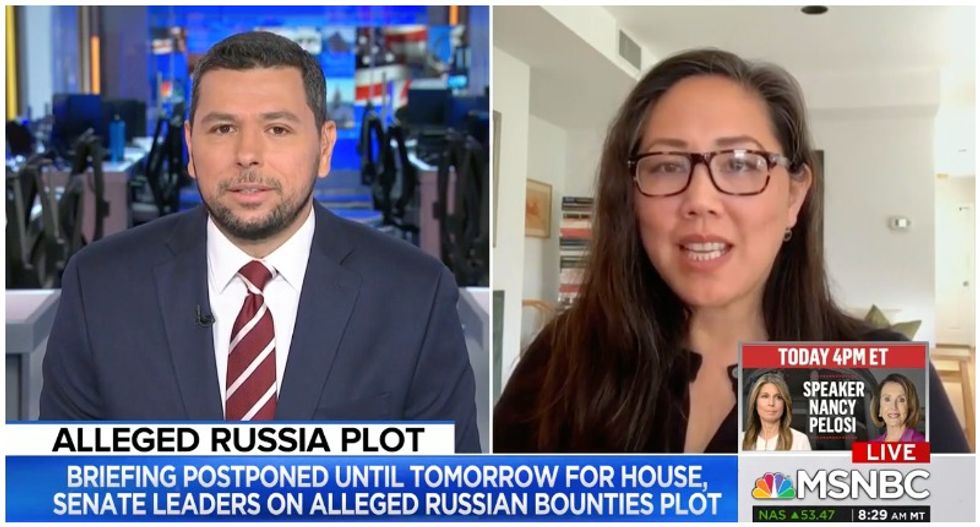 Speaking on MSNBC this Wednesday, national security expert Mieke Eoyang addressed the White House's deflections over the bombshell story about Russia placing bounties on the heads of U.S. troops in Afghanistan. According to reports, President Trump was briefed on the bounties, but never held Russia accountable.

Eoyang said that considering the statement from Secretary of State Mike Pompeo and other developments since the story broke, it's obvious that Trump "was not taking the concern for the lives of our troops seriously" and clearly did not utilize the intelligence community to get to the bottom of what happened "given all the time he had with this information."

"That really puts in doubt his care for the U.S. troops," Eoyang said. "Receiving those casualty reports of soldiers in Afghanistan and Iraq, or wherever, it's one of the most somber, serious things as a policy makers that you can receive and you have to take those things seriously."

"For the President to try to dismiss it as a hoax is just a dereliction of duty," she said.