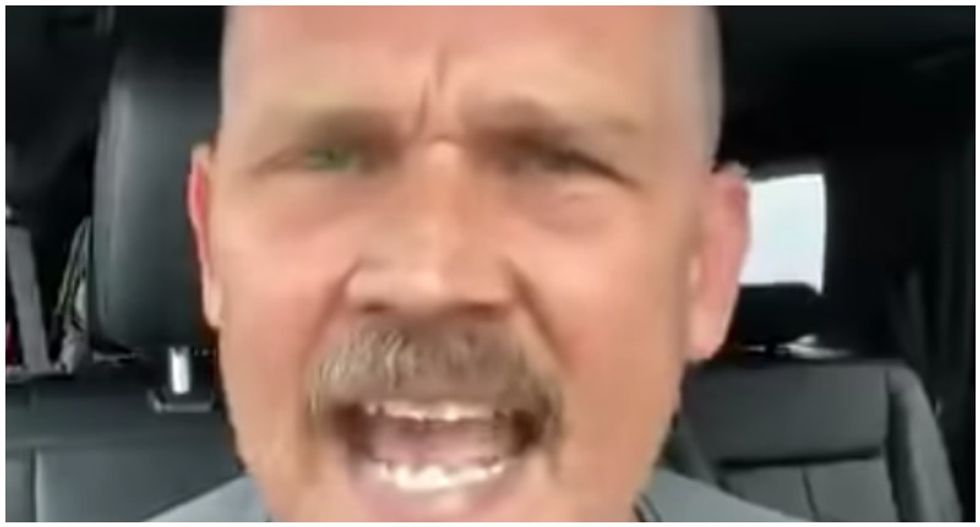 In the wake of a threatening online rant from anti-LGBT pastor Greg Locke, Dunkin' Donuts has announced that it will now require customers to wear masks in all its stores.

In the video, Locke said he had threatened to knock a Dunkin’ Donuts employee’s teeth down his throat. The video has been viewed nearly 6 million times on Facebook. Locke said the employee, who he called “Nazi Skippy,” asked him to wear a mask the next time he’s in the store. When Locke pushed open the door with his foot on the way out, the employee allegedly falsely accused him of trying to break the door's glass.

“I said, ‘If you call me a liar one more time, I’m going to take these work boots and I’m going to kick your teeth down your throat,'” Locke said in his rant, which according to Towerload is a confession to a possible crime.

"Locke, a staunch anti-masker and full-fledged COVID-19 denier, said in another video this week that he will go to jail before halting services at Global Vision Bible Church in Mount Juliet, Tennessee, due to the coronavirus pandemic, which he calls a hoax," Towerload reports. "In his video about the Dunkin’ Donuts incident, he said he’s also willing to go to jail over mask requirements."

Watch Locke's rant in the video below:

Serena Williams says she is retiring from tennis in Vogue essay, likely after US Open

NEW YORK — Serena Williams is set to call it a career, at least when it comes to tennis. The soon-to-be 41-year-old superstar penned a farewell to the game she has dominated for much of the last two decades in a Vogue magazine essay that was published on Tuesday morning. While not specifically saying the US Open, which begins in Queens on Aug. 29, will be her final tournament, she wrote on Instagram promoting her piece: “I’m gonna relish these next few weeks.” One of the greatest to ever pick up a racket, Williams earned her first win in more than a year on Monday after beating Nuria Parrizas-...