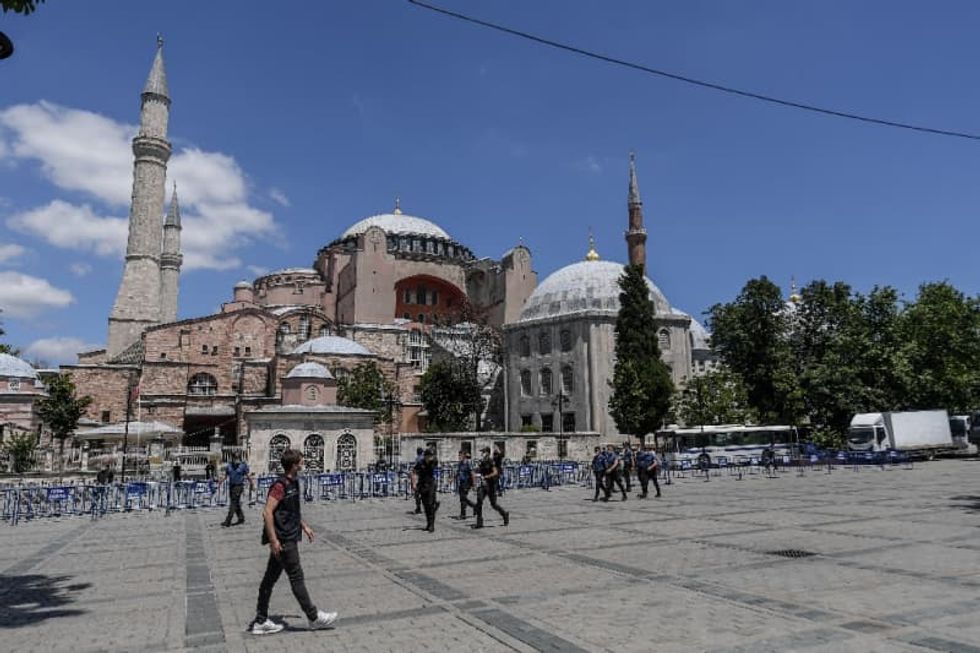 Istanbul (AFP) - President Recep Tayyip Erdogan on Saturday rejected worldwide condemnation over Turkey's decision to convert the Byzantine-era monument Hagia Sophia back into a mosque, saying it represented his country's will to use its "sovereign rights".Erdogan, who critics say is chipping away at the Muslim-majority country's secular pillars, announced Friday that Muslim prayers would begin on July 24 at the UNESCO World Heritage site.In the past, he has repeatedly called for the stunning building to be renamed as a mosque and in 2018, he recited a verse from the Koran at Hagia Sophia.  "T...