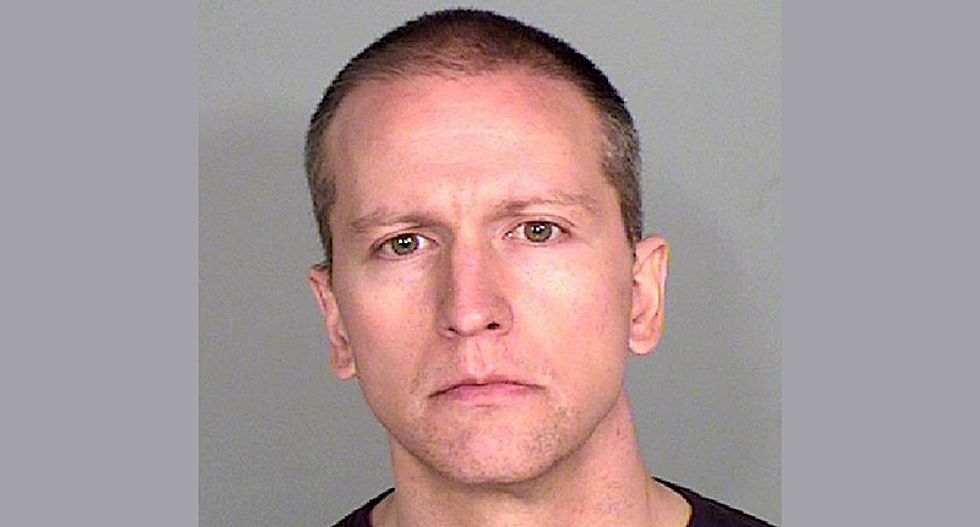 On Wednesday, TMZ reported that former Minneapolis police officer Derek Chauvin, who was fired and charged with murder after video showed him kneeling on the neck of George Floyd until he suffocated, is also facing multiple tax fraud charges, along with his wife.

"Chauvin and his estranged spouse, Kellie, were each hit Wednesday with 9 felony counts related to their alleged failure to pay state taxes in Minnesota — including counts for aiding and abetting the filing of false or fraudulent returns and additional counts for failing to file returns at all," said the report. "According to court docs, officials in Washington County, Minnesota claim the couple's tax issues date back to 2014 and they're accused of not filing at all for the years 2016, 2017 and 2018. They each face the same 9 counts."

Prosecutors allege that the couple underreported tens of thousands of dollars from state taxes, with Chauvin working side jobs as a security officer and failing to report the income. They further allege that Chauvin and his estranged wife discussed their tax troubles on the phone while he was in custody for the Floyd killing.

The death of Floyd has sparked nationwide racial protests and a national debate over police accountability and reform.