Ex-Republican unleashes epic rant on the 'irredeemable' GOP: 'It's become a threat to America' and an 'organized conspiracy' 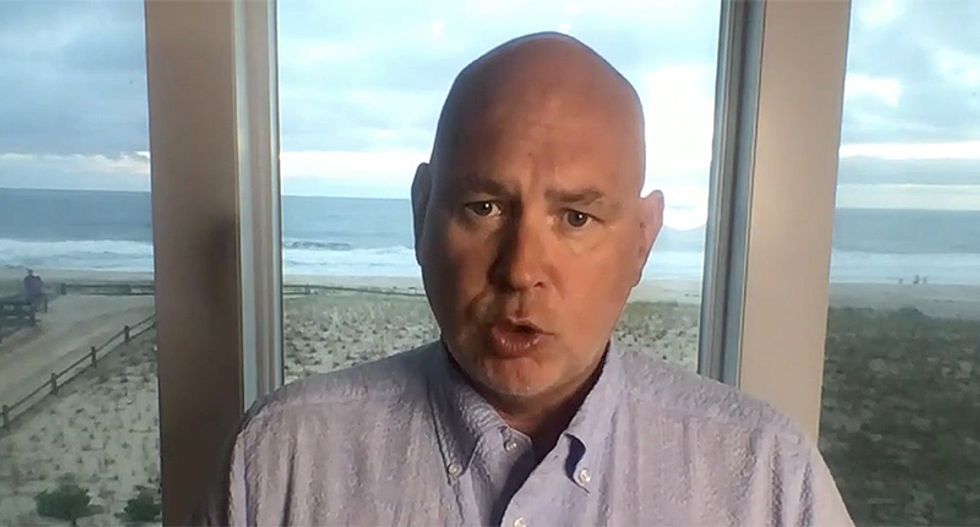 In an interview with MSNBC on Friday, a former senior campaign adviser to Sen. John McCain (R-AZ), former Republican Steve Schmidt agreed with host Chris Hayes' assessment that "the rot" in the GOP "is total and complete."

"Well, Chris, you used the word irredeemable, that's the correct word. The party is irredeemable," Schmidt explained. "It's become a threat to America's institutions, to small 'L' liberalism. It is an authoritarian-ish party, not so different than the parties that we see in Hungary and Poland. It is no longer fidelist (sic) to the American system or Constitution. Really what it is is an organized conspiracy to maintain power."

The good news, he said, however, is that across the country, Republican Senators who have defended President Donald Trump are going down.

"People, generally speaking, in this country don't like it when their politicians take them for fools, look them in the eye and lie to them the way Lindsay Graham has," Schmidt went on. "They don't appreciate his betrayal of his former best friend [John McCain], his embrace of his new best friend. So, wherever we look, we see a party that has been an agent, that has been collaborationist, along with Donald Trump, in wreaking the damage we see in this country."

At the same time, he noted that the United States has become the epicenter of coronavirus deaths worldwide, with the country on track to hit 200,000 American deaths before Election Day.

"We have a shattered economy with 40 million Americans out of work," he continued. "We see the wholesale corruption of the loan process where so many small businesses couldn't access the money but so many cronies of President Trump could. And, again, we have seen just for years now this assault on our institutions, on government employees like Fiona Hill, on our service members. And lastly, Chris, if I could just say, how dare Sen. Josh Hawley (R-MO) put his letter out there talking about the United States military when he's yet to say a word about a president of the United States who has left the military defenseless as the Russian president puts bounties on their head. It is truly a despicable moment."

He said that the two American parties were great institutions in the U.S. and the world for "the advancement of human freedom and dignity." But under Trump's leadership, it has resulted in "the collapse of the Republican Party, its putrefaction, its descent into the cesspool is a real tragedy for the country, and we see it playing out now every day."

Hayes said that he anticipates that since the GOP members have no other options, they'll rush out to defend the president and tighten "their loyalty oath that has bound them all" to Trump.

Schmidt cited Sen. Joni Ernst (R-IA), who was asked how Trump is doing on the coronavirus crisis, and she implied that he was doing well. "It's all theatre of the absurd," Schmidt said.

"But more than that, he's literally, without exception, he's the worst leader in the history of the United States in a moment of crisis who was ever charged with any responsibility," he said.