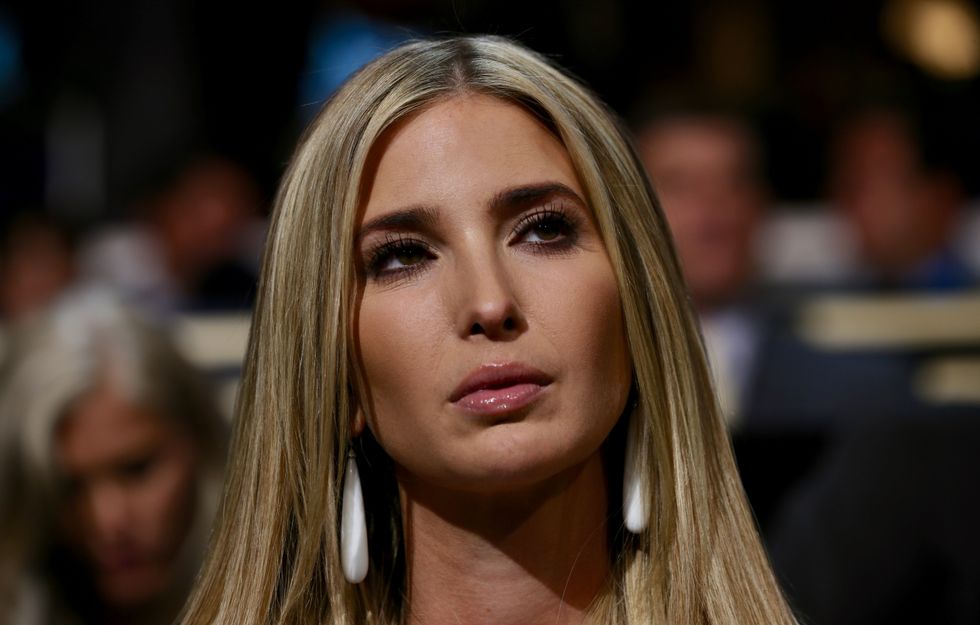 Government ethics experts across the nation are denouncing Ivanka Trump's late-night endorsement of Goya Foods as a violation of law – and ethics – especially as it comes just days after the company's CEO appeared on national television in the Rose Garden of the White House to praise President Donald Trump.

"If it’s Goya, it has to be good," the First Daughter and Senior Advisor to the President tweeted Tuesday night, with the statement repeated in Spanish. In her tweet Ivanka Trump is displaying a can of Goya black beans by holding it with her right hand and suggestively motioning to it with her left, as many do when endorsing a product.

Walter Shaub, who has become America's most prominent government ethics expert, weighed in Wednesday morning on Trump's tweet with a lengthy thread on Twitter. He says her endorsement is "clearly a violation" of federal law.

"Ms. Trump's Goya tweet is clearly a violation of the government's misuse of position regulation, 5 C.F.R. § 2635.702. Ms. Trump has had ethics training. She knows better. But she did it anyway because no one in this administration cares about government ethics," Shaub says.

He supports his call with several facts.

"There's a particularly unseemly aspect to this violation," Shaub adds, noting that "it creates the appearance that the government's endorsement is for sale. Endorse the president and the administration will endorse your product."

Shaub, who was the director of the U.S. Office of Government Ethics for four and a half years, under President Barack Obama and until July of 2017, under President Trump, is far from the only government ethics expert speaking out.

Office of Govt Ethics: "An employee shall not use his public office for his own private gain, for the endorsement… https://t.co/2ILTNKOzR5
— Heidi Przybyla (@Heidi Przybyla) 1594784277.0

Political scientist at the Center on American Politics at the University of Denver:

A West Wing employee is advertising a commercial product in return for that company's CEO having endorsed the Presi… https://t.co/bfXKrFurIe
— Seth Masket (@Seth Masket) 1594783152.0