Fox & Friends hypes Kanye West for president: 'The unifying force we’ve all been waiting for' 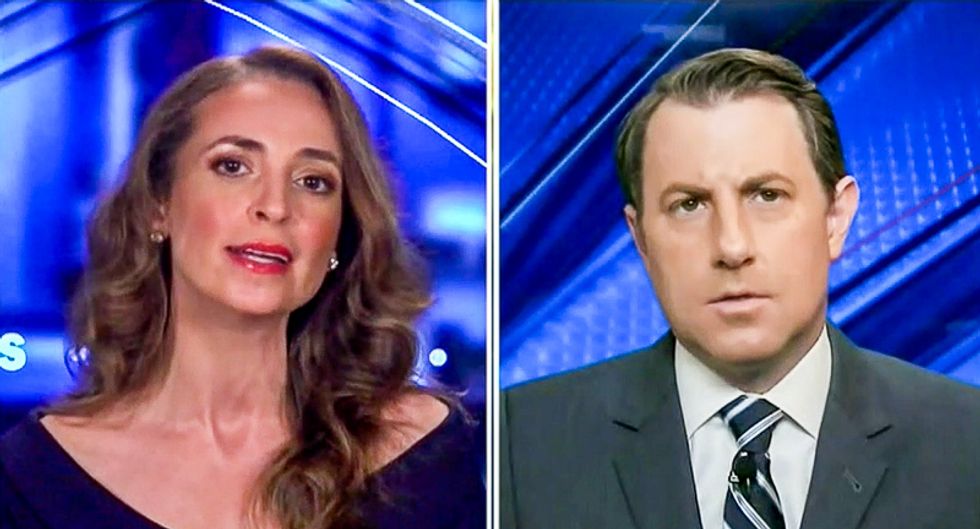 The hosts of Fox & Friends argued on Sunday that Kanye West could unite the country by running for president in 2020.

During a segment on the Fox News morning show, host Jedidiah Bila noted that West had recently hinted on Twitter that he may be a candidate in 2020.

"I think that expectation of unity can exist somewhere and should exist somewhere, but you also have to expect that you're not going to agree on this stuff," Bila explained. "So it's very, very challenging to find unity."

"Now, one person who has been talked about a lot about potentially being able to bring some unity is Kanye West," she continued. "That's right. Kanye West might be running for president."

"Could Kanye be the unifying force that we have all be waiting for?" Bila wondered.

"That is the question that I woke up, of course, thinking this morning," co-host Todd Piro replied. "Who knows what this means for the upcoming election."

Piro suggested that President Donald Trump could potentially persuade West not to run by giving him a position in the White House.

"The president should really take a step back and say, 'Look, I had Kanye on my side at some point,'" he explained. "Yes, to the previous 243 years of our democracy, it wouldn't have been a big deal to get somebody like Kanye on board, but with everything that's going on in the world right now, it might behoove the president to say, 'Look, can I have you be something in my administration, really to outreach on civil rights?'"