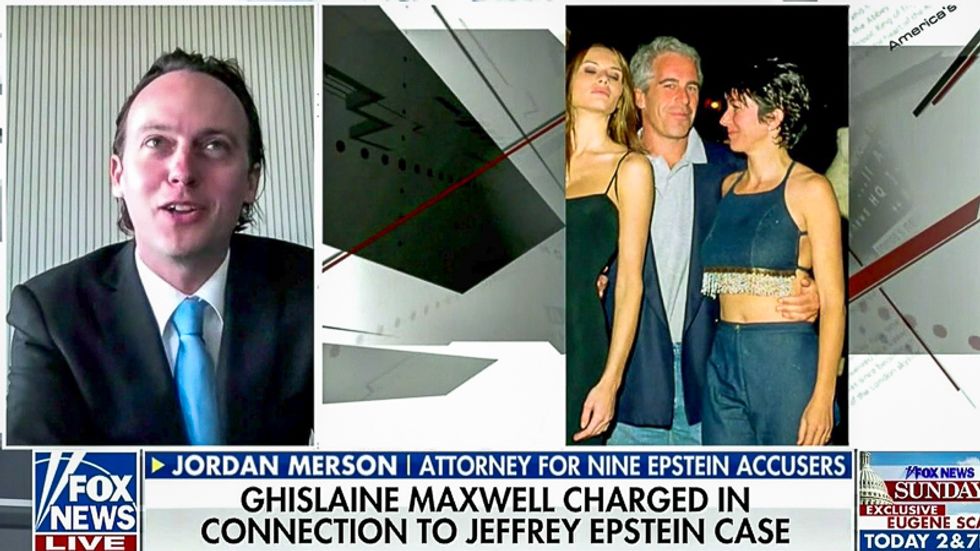 Fox News was caught on Sunday editing President Donald Trump out of a photo in which he appeared with convicted sex offender Jeffrey Epstein.

During a segment on the allegations against Ghislaine Maxwell, Fox News repeatedly showed B-roll of a photo which originally included Trump alongside Epstein. But each time the photo was shown, Trump had been cropped out.

Melania Trump, who also appears in the photo, was not cropped by the network. Fox News also chose not to edit Mick Jagger out of another photo of Epstein.

Take a look at the original photo and the video from Fox News below.

Donald Trump is the boss of a political crime family. He has internalized a basic rule and life mantra: Crime pays — if you are good at it, crime pays very well.

Pastor Darrell Scott, a former member of Donald Trump's transition team, this week offered a defense for the rioters who attacked the U.S. Capitol on January 6.

During a Thursday appearance on Real America's Voice, host Steve Bannon asked Scott to comment on "religious leaders" who believe that "the problem we have in this country is domestic terrorism based on the Trump movement and these 'insurrectionists.'"