'Gaslighting on a massive scale': Doctor warns Trump is lying us into a COVID disaster 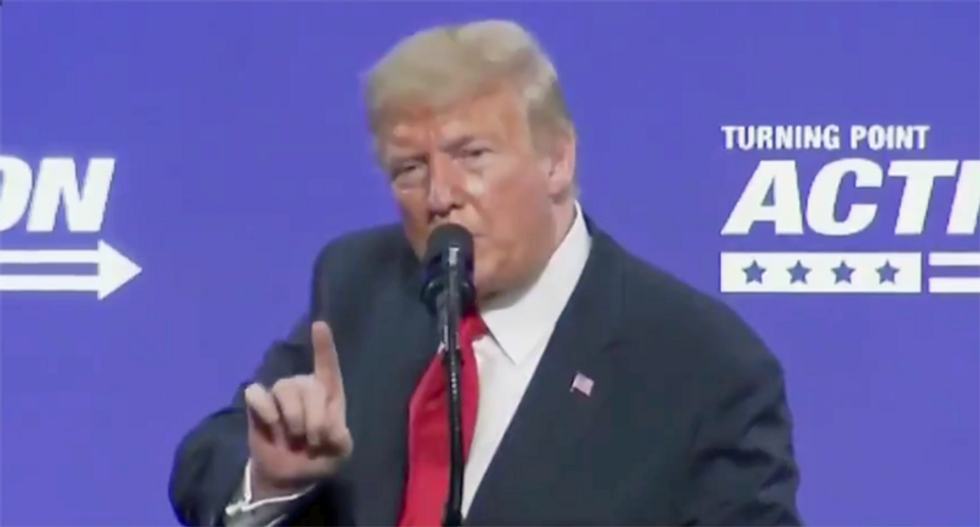 "No matter how many times public health officials, especially like Anthony Fauci, speak the truth, what does it do, Doctor, when the president continues to lie to the public in face of a public health crisis?" asked anchor Kate Bolduan.

"This is gaslighting on an enormous scale, and means until people eventually get sick or their family members get sick, the communities hit hard, they won't believe it, and then it will be too late," said Grounder. "The problem is there's a lag period from the time that somebody's infected and starts to develop symptoms a couple days later. We don't see people get severely sick and need to be hospitalized and in ICUs until a week into disease, and talking about probably one to two weeks of lag time from the time somebody's exposed at least before you start to see hospitalizations and then another couple weeks before you start to see deaths."

"I still today, you know, just wrapped up a two-week block on service at the hospital," added Grounder. "We still had patients who had been in the hospital since March or April. And while we're not seeing a lot of new patients in the hospitals in New York, people are sick a very long time with this, so it's not a small surge in deaths and hospitalizations. This is going to be for the long haul across the country."