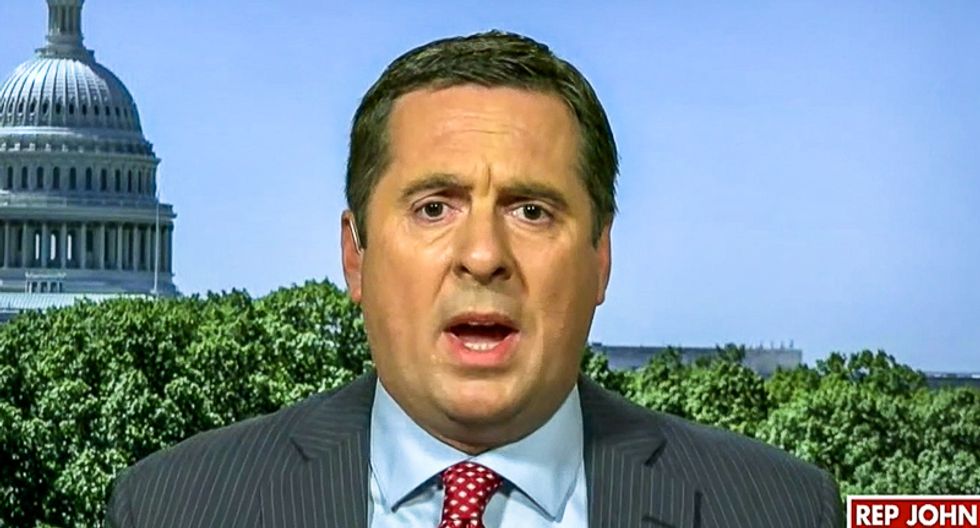 "I think the question is, does Mueller know where Mueller is?" Nunes said, suggesting that the former special counsel was not well informed about the Russia investigation.

"This was somebody who was put up as an avatar to give credibility to this investigation that was phony from the beginning," the California Republican continued. "I'm not sure he knows what the hell is going on."

Nunes added: "Look, the Democratic Party, it's very odd for a party that seems to be against white people and always talking about racism, they sure like to prop up these avatar old white dudes. They have one running for president right now who's hiding in his basement."

Bartiromo declined to press Nunes about his assertion that Democrats are "against white people" and instead moved on to a question about the alleged "censorship" of conservatives on social media.