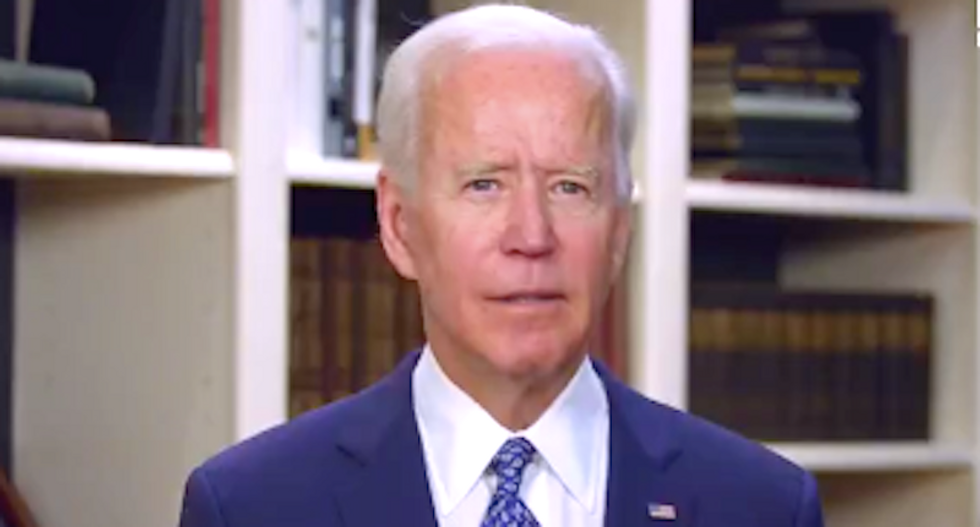 "There's no leadership here ... he's surrendered," said Biden. "He talked about how we were going to be in a position where we would be able to lead the world, etcetera, and he was going to be a wartime president fighting the virus. He raised the white flag, he has no idea what to do. He has one thing in mind, how does he win re-election, and it doesn't matter how many people get COVID or die from COVID. He fears that if the economy is strapped as badly as it is today, that in fact he is going to be in trouble, that's what it's all about. I have never seen a president that was so self-serving in the conduct of the office."

"One of the ways I think he believes he will get re-elected is by going back to the play book that he, before — go after Obamacare, the Affordable Care Act, which was passed of course during the administration with yourself and President Obama, and to go after immigrants," said Reid. "What do you make of a president of the United States who is threatening, again, to take health care away from 20, 30 million people as his campaign strategy?"

"Look, this guy has no sense of empathy or concern," said Biden. "People are dying. Families are bereft ... I don't understand it, he has absolutely zero sense of empathy. Have you heard a word of him talking about how badly he feels about the losses, about the emptiness? Those folks who lost somebody feel like they have been dragged into a dark deep hole in the middle of their chest. They don't know what to do, they are scared to death, and what does the president do? He talks about taking away health insurance."