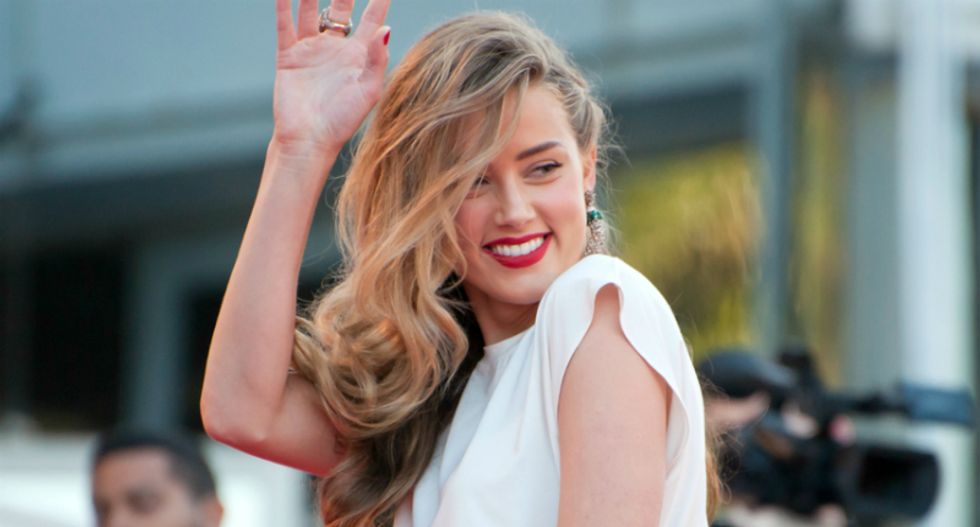 A live-in friend who witnessed Johnny Depp's tumultuous marriage to Amber Heard told the Hollywood actor's libel trial Friday the actress faked her injuries in order to blackmail him.

The "Pirates of the Caribbean" franchise star is suing the publisher and executive editor of Britain's The Sun newspaper in London's High Court over a 2018 story branding him a "wife beater".

The Sun says it can prove the 57-year-old abused the 34-year-old model and actress on 14 occasions before their two-year marriage fell apart in 2017.

Depp kicked off proceedings last week by admitting he told Heard after a particularly stormy encounter the two were "a crime scene waiting to happen".

But the focus shifted from the actor's alleged tendency to smash things up while high or drunk to Heard's credibility as Depp's various bodyguards and staff took the stand this week.

"She had filed a fraudulent domestic violence claim to push her hand and extort and blackmail him in the divorce," Baruch said.

One photo in question shows the right side of Heard's face around her eye covered in red markings.

But Depp's friend said he saw Heard from "12 inches away" the next day and her skin was clear.

"I didn't see a single bruise, redness, mark or the red tinted cellphone imprint that was advertised in (magazines). Nothing. Not anything," Baruch said.

Lawyer Sasha Wass, representing The Sun's publishers News Group Newspapers (NGN), tried to cast Baruch as an unreliable witness who depended on Depp for his livelihood.

She noted that Depp gave Baruch free accommodation and tens of thousand of dollars a year in living expenses.

Wass also asked how Baruch could be sure Heard was not covering up her bruises with makeup.

Baruch said he was "100 percent sure" because he saw Heard four more times over the next three days.

"I saw no marks of any kind on either side of the face," he said.

Heard has been attending the hearings daily but will only enter the witness box for the first time Monday.

She can expect to be grilled by Depp's lawyer about whether she had staged or otherwise misrepresented any of the photos of her face submitted to court.

The Sun's lawyers said they received a notice from Depp's team Friday claiming that around 20 of the images had been "adapted or manipulated".

Depp's lawyers said the picture Baruch was being asked about had been "photoshopped".

Judge Andrew Nicol agreed to look into the matter further next week.

But Wass presented an audio recording in which Heard told one of her staff that she covered up her bruises in public.

"I hid it from everyone," Heard said in the undated recording played in court.

The case was adjourned until Monday.