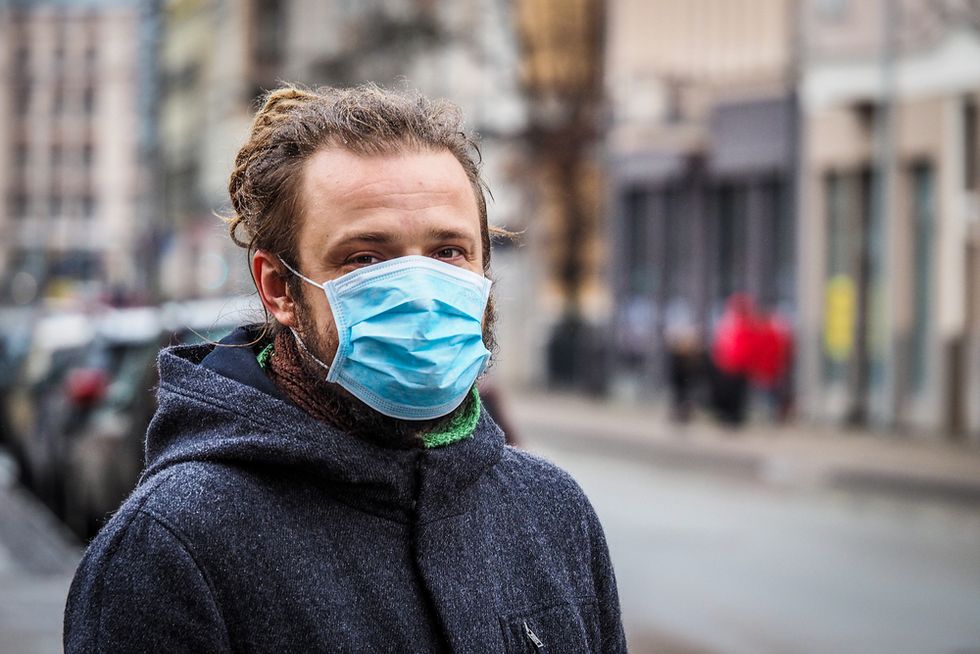 Diana Berrent was one of the first people in her hometown of Port Washington, New York, to get COVID-19. Back then, in early March 2020, only immunocompromised and seniors were believed to be high-risk; hence, as a 46-year-old yoga practitioner and runner, Berrent was "shocked" when she woke up with a 103-degree fever and respiratory infection — symptoms that strongly suggested she had coronavirus, which was later confirmed by a test.

"You don't even think that you're going to be the first person on your block to catch the plague, but you know, life comes at you fast," Berrent mused.

While self-isolating in her home, Berrent spent much of her time researching coronavirus online. She was particularly confused as to why she had terrible gastrointestinal issues; at the time, those were not considered to be a main symptom.

"There was this clear dearth of information," Berrent said. "I had one phone call with my doctor, but by the time I spoke with him I knew far more about the virus than he did, and that was only a week into it," she added.

That week, Berrent started the Facebook group Survivor Corps, a support group for those recovering from COVID-19.

Survivor Corps was created on March 24; as of July 10, it has over 68,000 members. Berrent said she started the group as a way to mobilize volunteers to donate convalescent plasma to those who would be later fighting COVID-19, or support scientific medical and academic research that they qualified for in order to help find a cure.

"It was a way of gathering all these people who are currently sick, but who were going to be survivors pretty soon," Berrent said. Once cases started to surge in New York, the Facebook group took off almost overnight.

"As soon as April hit and New York got slammed our membership skyrocketed," she said. "We now have a volunteer staff, a couple of dozen volunteers who work tirelessly to make sure that if you make a statement of health or medical facts and it's not accompanied by a verified source, it gets taken down."

Indeed, the group has become a wealth of data and knowledge for people who have COVID-19 or suspect that they do.

"You can't give anyone else medical advice, but you can give your own anecdotal information, and as a result, we have created what amounts to probably the greatest data set on survivors in the world," Berrent said.

Not only has the group become a place to exchange anecdotes about symptoms, but it's also become a community where people feel heard in what can be a very isolating experience.

Jennifer English, a 46-year-old living in Oregon City, Oregon, sat down to have dinner with her son on April 4 when she realized that she couldn't taste her food.

"I instantly sat down in my chair and my heart just sank because I just knew from that point that I had it," English said.

At first, it was hard for her to get a test. English said she was dismissed by doctors who told her she had anxiety. It wasn't until she went to the emergency room on April 14 and was able to get a test. Two days later, she found out she was positive.

During those two days, English said she felt alone, as her friends either did not believe she had COVID-19 or, in some cases, believed it was a hoax or as benign as the flu.  After documenting her experience on Facebook, a friend told her about Survivor Corps.

"Within 10 minutes I no longer felt alone — all these people they got me, they understood what I was going through," English said, adding that the group had "everything to do" with her recovery.

"The ER told me that I shouldn't go back unless my temperature was over 103 or my lungs started failing — at that point I felt like I had nowhere to turn but Survivor Corps," English said, adding that she would wake up every morning and get on Survivor Corps. "So that I had somebody to talk to and, and somebody that got me because I honestly, for about 14 days, thought I was dying every day."

English ended up making "virus buddies" across the world.

"One in Italy and one in Dubai and one in New York," English said. "We would check in on each other every day."

English still checks in regularly with one virus buddy who is a "long hauler," meaning someone who experiences symptoms weeks or months after having the coronavirus. Two of her virus buddies have "pretty much resumed their lives again."

Jan Weinstein, a 58-year-old living in Forest Hills, New York, got tested for COVID-19 on March 16 when she first started to experience symptoms, but her test came back negative. Yet she continued to experience strange things happening to her body, which is why she got an antibody test.

"And sure enough, I had the antibodies," Weinstein said. Not too long after, a friend pointed her to Survivor Corps.

"It totally opened my eyes to what I had written off as being just strange things to this is definitely tied to COVID," Weinstein said. "It also helped me learn that I in fact could make a difference by donating plasma and I've been very focused on that actually. I have a second appointment on Monday."

Nathalie Theodore, JD, LCSW, a psychotherapist in Chicago, told Salon online communities can be "a great source of comfort and support" for those who have been diagnosed with COVID-19.

"In this day and age, where in-person social interactions are limited, it helps to virtually connect with others who may have had a similar experience," Theodore said. "There are still so many questions about this virus, and, for some, that uncertainty can lead to anxiety."

Certainly, this sense of community has factored into the success of the group.

"In most situations you would say ... don't go to the internet for medical information," Berrent said. "But these are not normal times."

"To have that validation is extraordinarily important," Berrent said.