If we want Black lives to matter we've got to reform prosecutors: former US Attorney 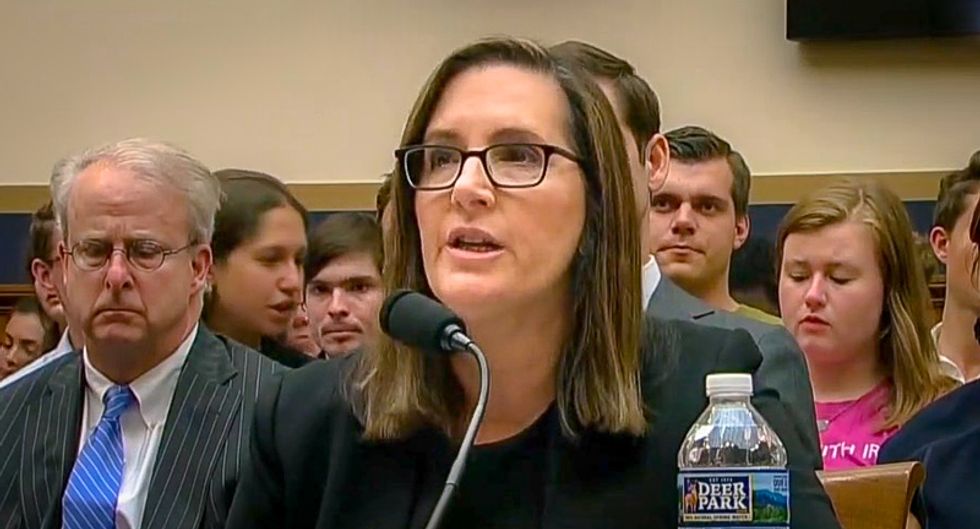 It may seem obvious, but to reform the criminal justice system to be less racist it can't only include public safety, it also means prosecutors and district attorneys.

Writing for TIME, former US Attorney Joyce Vance explained that it is prosecutors who decide whether someone is prosecuted for the alleged crime.

"If they refuse, as they should, to accept cases where police conduct falls below constitutional standards, police departments will have to conduct themselves accordingly if they want to see their cases prosecuted," Vance wrote in the editorial Tuesday. "Prosecutors also have a unique ability to redress old wrongs while setting standards for future conduct of investigations by police."

She recalled an Alabama case in which a man, Toforest Johnson, was convicted in 1998 after a woman he'd never met claimed Johnson confessed to a murder on a jailhouse phone with her. She was paid $5,000 for her testimony. The court threw Johnson in jail with the death penalty anyway. In 2018, a new prosecutor, Danny Carr, was elected and in less than two years there was a new trial for a man who spent 25 years on Death Row.

“A prosecutor’s duty is not merely to secure convictions, but to seek justice,” said Carr when reexamining the case.

"It’s important to note that the prosecutor’s intervention does not necessarily mean exoneration for Johnson," said Vance. "But calling for a new trial along with the defense not only creates an additional mechanism for review of this conviction, it sets a standard for the conduct of future prosecutions."

She explained that when prosecutors are willing to review old cases it puts prosecutors and police on notice that their behavior will be examined and any mistakes or acts of corruption will be revealed.

"And while Carr could be considered brave to take this action—he will undoubtedly by criticized as soft on crime in some corners–it is undeniably right to reassess a capital conviction when the prosecutor who reviews the evidence and course of proceedings is left with concerns about whether justice was done," she explained.

Prosecutors must work in conjunction with law enforcement and they must be committed to standards that follow the laws not tactics that result in an easy conviction. Their work should focus on ensuring the legal system works the way it is supposed to.

"As our country works its way through a deeply challenging time, prosecutors can reject cases where there are serious concerns about police misconduct or inadequate investigation. There are consequences if they remain silent," wrote Vance.

She noted that there are already district attorneys working on ways to reform the justice system for greater accountability. She cited Philadelphia District Attorney Larry Krasner, who has sued the police department there 75 times when he was a civil rights attorney. As a prosecutor, he used his power to "seek lower sentences, charge conduct as less serious crimes with lower sentences, institute a ban on marijuana-possession charges and eliminate cash bail for most misdemeanors and nonviolent felonies."

He has since formed a task force to look at over 2,000 arrests of protesters by police to see if they were legitimate. San Francisco prosecutor Chesa Boudin is doing the same, applying a new policy that will not prosecute cases based only on police testimony. " Kansas City’s DA Mark Dupree recently asked for funding to investigate allegations of police abuse," said Vance.

All of these tactics require a cultural shift, she explained and if voters want to fix the system, that's where they can begin and even extend to elections of attorneys general.

"Do not misunderstand: most of the time our court system gets it right," Vance said. "But occasionally, there is a case that requires a second look, a careful review, where an injustice really may have occurred. Prosecutors must be bold and forthright in acknowledging potential mistakes. And we all have an interest in seeing those wrongs righted."

She closed by saying that successes in prosecutors offices shouldn't be based on indictments or convictions but on "prosecutorial decisions in both the federal and state systems should be the product of critical review that determines whether a case merits indictment and the investigation was sound."

"Careful, objective review at each stage in prosecution, from charging to sentencing to post-conviction review, must be an intrinsic part of the culture," Vance ended her editorial. "A prosecutor’s job is about doing justice, not getting convictions. If prosecutors take the lead at getting it right, the rest of the system will follow."

Read the full op-ed at TIME.