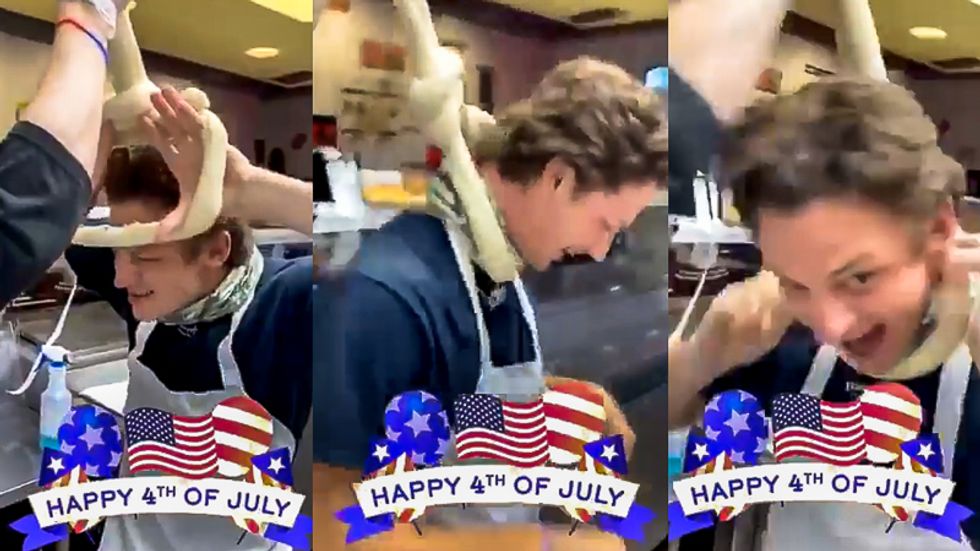 A Jimmy John's restaurant in Georgia has reportedly fired at least two employees who staged a mock lynching in one of the stores.

Video of the incident, which was said to have occurred in Woodstock, Georgia over the Fourth of July holiday, was shared on social media.

In the video, one employee places a noose made of dough over another employee's head. Both employees appear to be white.

According to CBS 46, multiple employees were fired over the incident. Another report said that a manager was also terminated.