June was such a ‘terrible’ month for Trump he’s even trailing Joe Biden in Kansas: NYT 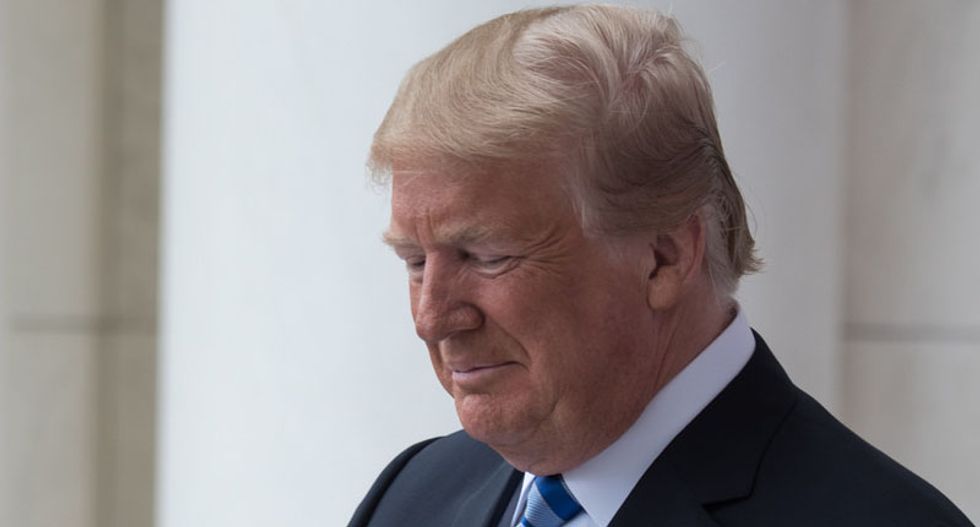 On Thursday, The New York Times reported in an analysis of President Donald Trump's "terrible" month that the GOP's internal polling shows him heading for electoral wipeout, with even safely red states in doubt.

"In addition to public surveys showing him losing decisively to Joseph R. Biden Jr. in a number of battleground states, private Republican polls in recent weeks show the president struggling even in conservative states, leading Mr. Biden by less than five points in Montana and trailing him in Georgia and even Kansas, according to G.O.P. officials who have seen the data," said the report.

Additionally, said the report, "One Republican official who is in frequent contact with the campaign expressed incredulity at how some aides willfully distort the electoral landscape to mollify Mr. Trump, recalling one conversation in which they assured him he was faring well in Maine, a state where private polling shows he’s losing."

Kansas has not voted for a Democrat for president since 1964.

Additionally, even a narrow win in the state for Trump would put the GOP in danger in the Senate race, where Democratic candidate Dr. Barbara Bollier has been shown as competitive in public polls, and where the GOP is trying to prevent the nomination of controversial former Secretary of State Kris Kobach.

Hanah Zachariah is so determined to see Pope Francis in South Sudan that she walked nine days in sandals to reach the capital where he makes his long-awaited visit.

On Thursday, the 20-year-old reached the outskirts of Juba after walking most of the way from the central town of Rumbek -- a journey of around 400 kilometers (250 miles).

Sidelined: How the Trump-DeSantis face-off is causing chaos in the GOP

The 2024 Republican presidential field is coming together more slowly than expected after Donald Trump became the first to jump into the race.

So far the only serious would-be challengers seem to be Ron DeSantis, Nikki Haley, Mike Pence and Mike Pompeo -- although none of them have officially announced -- but Republican insiders are surprised by how many potential candidates remain on the fence or are planning to sit out of the 2024 primary race, reported Politico.