Justin Trudeau is snubbing Trump for his NAFTA 2.0 celebration — here's why 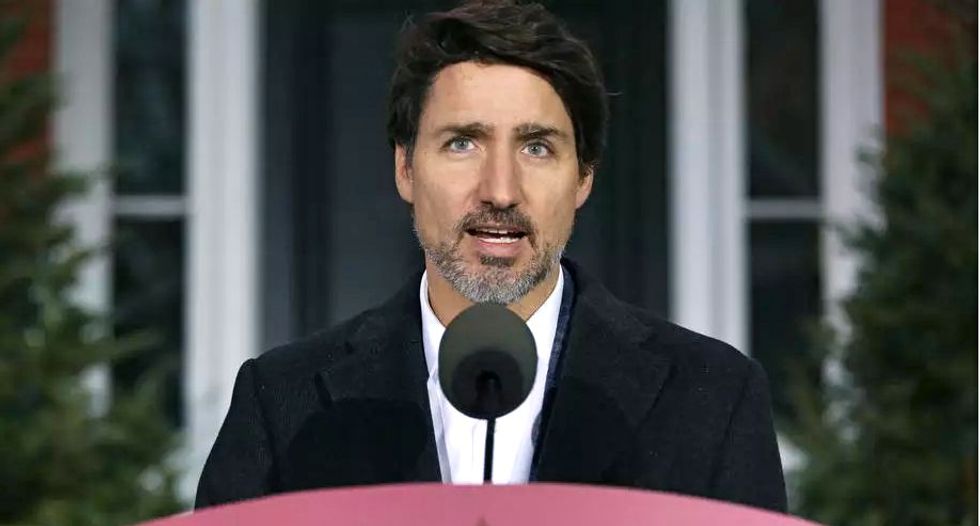 Canadian Prime Minister Justin Trudeau will not be joining President Donald Trump this week to celebrate the new version of NAFTA.

Mexican President Andrés Manuel López Obrador will meet at the White House on Wednesday to "recognize the historic United States-Mexico-Canada Agreement (USMCA) that entered into force on July 1, 2020, and their shared effort to ensure North America continues strengthening its economic ties while working to combat the coronavirus pandemic," according to a statement from the Trump administration.

But despite hopes that the Canadian leader would attend, Trudeau will not be coming to the United States.

"We wish the United States and Mexico well at Wednesday’s meeting," said spokesperson Chantal Gagnon in a statement. "While there were recent discussions about the possible participation of Canada, the prime minister will be in Ottawa this week for scheduled cabinet meetings and the long-planned sitting of parliament.”

Undoubtedly, the prime minister could make time to come to the United States, even briefly, if he deemed it important enough. So why isn't he coming? There are several plausible explanations.

Last week, Trudeau offered two reasons he might not attend: "We’re obviously concerned about the proposed issue of tariffs on aluminum and steel that the Americans have floated recently. We’re also concerned about the health situation and the coronavirus reality that is still hitting all three of our countries.”

While the U.S. coronavirus outbreak has surged in recent weeks, reaching over 50,000 new cases on some days, Canada has managed to get its spread of the disease under control. There were only 219 new cases and 10 new deaths from the disease on Sunday in all of Canada, according to Worldometer. Coming to the United States could present heightened risk of infection for Trudeau and his staff.

The Guardian also noted that tensions between Trump and Trudeau may have increased since the release of former National Security Adviser John Bolton's new book:

Had he accepted the invitation, the visit would have marked the first meeting between the two leaders since fresh details of Trump’s dislike of Trudeau emerged in a new book by the former US national security adviser, John Bolton.

In one instance, after Trudeau expressed frustration over US tariffs, Trump allegedly told aides to “attack” the prime minister.

“Trump’s direction [to senior economic adviser Larry Kudlow] was clear: just go after Trudeau. Don’t knock the others. Trudeau’s a ‘behind-your-back guy,’” Bolton writes in The Room Where It Happened.

Soon after, the White House aide Peter Navarro went on TV and said there was a “special place in hell” for Trudeau because of the way he treated Trump.

Trudeau also recently seemed to express discomfort and even repulsion at Trump's response to the Black Lives Matter protests. He struggled to respond when asked for his reaction to the Trump administration's use of brutal force to clear protesters near the White House ahead of a presidential photo-op. Eventually, he said: “We all watch in horror and consternation what’s going on in the United States.”

All of these considerations may have factored into Trudeau's decision to snub the White House for the trade deal event. But in comments to the Associated Press, a political scientist zeroed in on a key point:

Nelson Wiseman, a political science professor at the University of Toronto, said Trudeau has less to lose by shunning Trump now that the new treaty is in effect.

“Trudeau losses in Canadian public opinion to be seen chumming with the very unpopular Trump,” Wiseman said. “Trudeau can afford to wait out Trump’s presidency now with less than four months to the U.S. election. Trudeau will still be power after the election, Trump much less likely so.”

Trudeau is likely not a personal fan of Trump. But if he believed he needed to make nice, he would. At this point, though, there's little political upside in doing so in Canada. With the trade deal done and Trump's political future on the rocks,  Trudeau won't go out of his way to do any favors for the White House.