Kamala Harris: Trump calls anything that doesn't suit him politically 'a hoax' including Russian bounty story 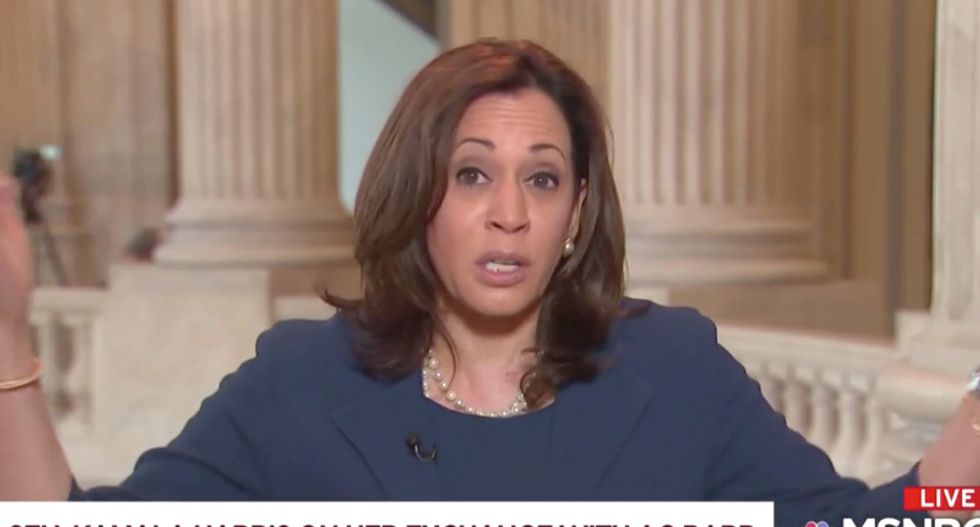 Sen. Kamala Harris (D-CA) received a classified briefing on the Russian bounty on American soldiers in Afghanistan and while she said she can't reveal the classified information, she said that it has become clear the president is simply calling anything that doesn't suit him politically "a hoax," whether it is or not.

There are at least three soldiers' deaths that it is believed were tied to this Russian bounty that were killed in Afghanistan. Harris said that protecting those serving overseas should be the priority of all American presidents, but in the case of Trump, it is not. She said that she is "very concerned" about their lives and protecting them, whether Trump wants to or not.

From the very beginning, Harris said, the intelligence committee told the American public that Russia acted against the United States and nothing was done. They have continued to act against Americans, and Harris said that it is incumbent upon all officials "to take the issues on and be alert and aware" to preserve, protect and defend the democracy of the United States because it has become clear that Trump will not.

She ultimately said that it's clear "something's going on there" with Trump and Russia. "Something's afoot," and she doesn't know what it is. Trump "is not fit to be president," and that's what she wants people to focus on.

When it came to Attorney General Bill Barr, Harris said that it is clear he has put Trump before his oath to act as a lawyer for the U.S. and do what is in the best interest of Americans.

When asked about Trump retweeting "white power" chant videos, she urged officials to pass the bill to rename bases regardless of what Trump threatens and if he wants to veto it "he can suffer the consequences."