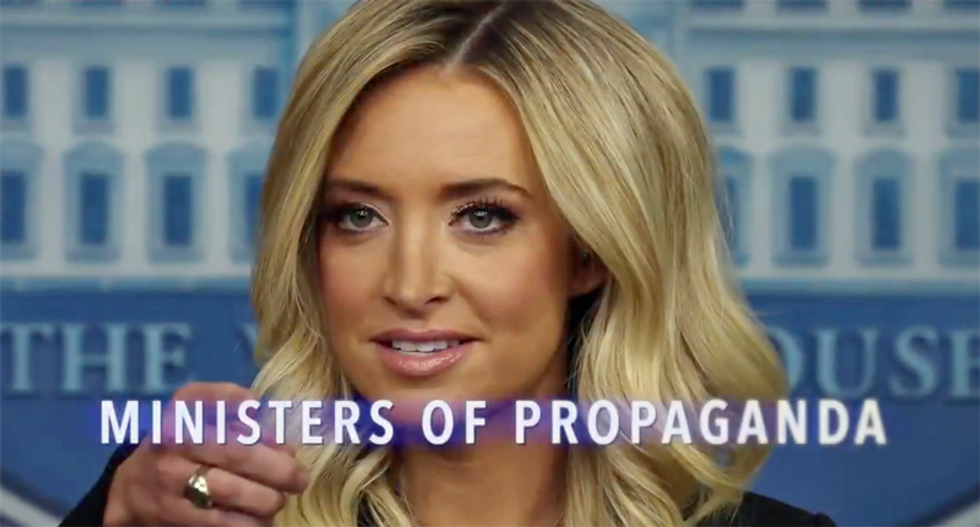 The video calls out press secretary Kayleigh McEnany and White House counselor Kellyanne Conway as "ministers of propaganda" for their comments on the coronavirus pandemic.

"You have corrupted everything you've touched since becoming president," the narrator says, speaking directly to the president. "You have been documented lying over 20,000 times.

Hey @Twitter and @jack My video #AmericasGreatestMistake has 3x the amount of tweets as the next highest topic so… https://t.co/XjeHrkIQDn
— Don Winslow (@Don Winslow) 1595639427.0