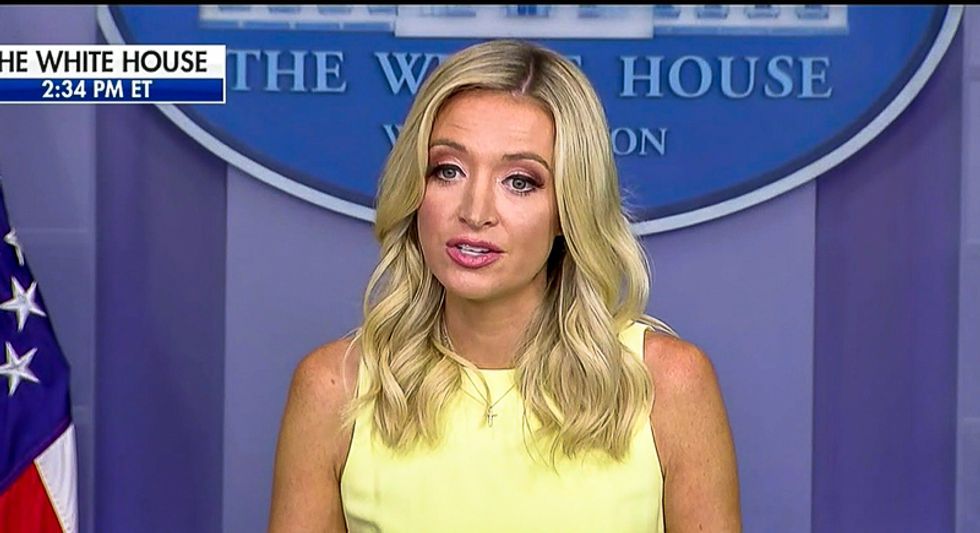 At a White House press briefing, one reporter noted that Trump is trailing presumptive Democratic nominee Joe Biden by double digits. The same polls say that majorities disapprove of Trump's handling of COVID-19 and race relations, the reporter pointed out.

"That would be a question for the campaign," McEnany replied. "But we believe this president has great approval in this country. His historic COVID response speaks for itself, with delivering on ventilators and testing leading the world."

"This president's response has been historic and we believe his support in this country reflects that," she added.