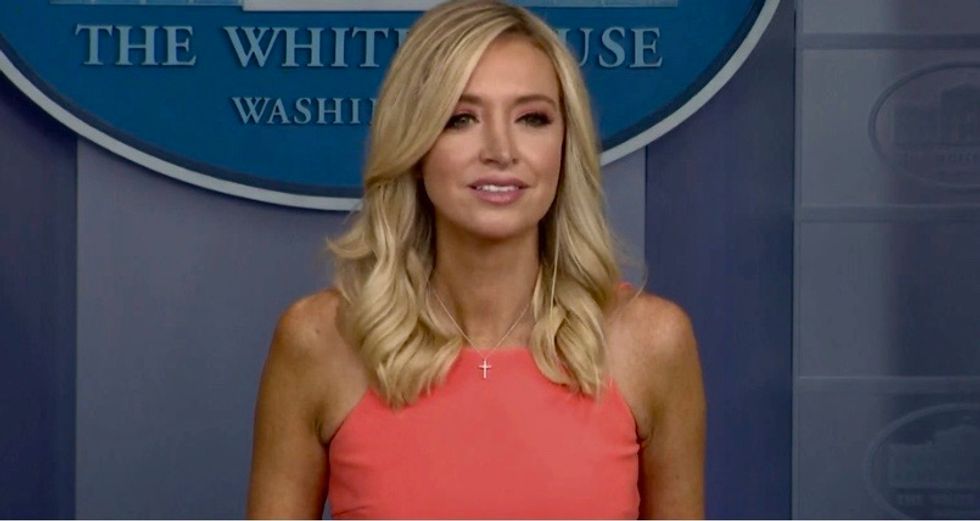 At Wednesday's White House briefing, a reporter asked Press Secretary Kayleigh McEnany why President Donald Trump has not denounced the video he retweeted of his supporters in The Villages chanting "White power!" McEnany flatly disagreed the president had anything to denounce, arguing that deleting the video was sufficient.

"Why hasn't the president denounced the 'white power' video he tweeted?" asked the reporter.

"The president took down that video," said McEnany. "That deletion speaks strongly."

"But why hasn't he denounced it?"

"He deleted it," repeated McEnany. "The deletion speaks for itself."