Kayleigh McEnany: When Trump said he wanted to ‘cut off’ school funding he meant he wants to increase it 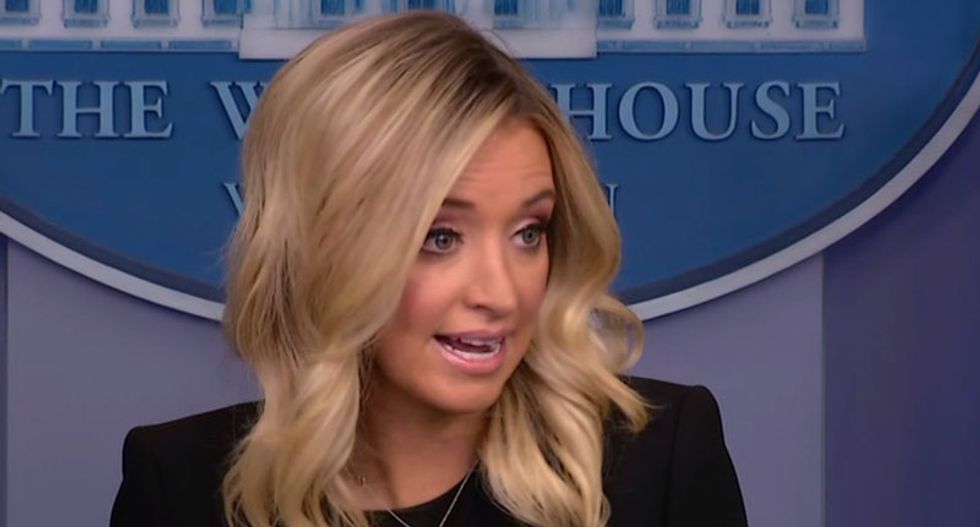 During the Wednesday White House press briefing, press secretary Kayleigh McEnany argued that President Donald Trump believes that the reason students must return to school regardless of the risk of COVID-19 killing their families, teachers, and administration, is because children need the lunches in schools.

Schools should not follow the Center for Disease Control guidelines because some students depend on those lunches and can't bring food from home, she told the press.

The problem with the claim from the White House, however, is that those are the very programs they tried to cut from the budget.

In a 2017 budget proposal, Trump's plan for SNAP would have abandoned "nearly 1 million low-income students" who had access to free school lunches. The White House wanted to limit the number of children getting the benefits.

A government analysis estimated 982,000 students would lose that qualification if the Trump plan passes.

"Why would he want to take funding away from schools?" one reporter asked.

McEnany explained that Trump wants to "support schools" with more funding, but he won't implement that unless he gets a second term. It's a strange claim because not seven hours previously, Trump threatened to take funds away from schools if they followed CDC guidelines and stalled reopening in the fall.

She claimed that Trump wants to "substantially bump up money for education" in the next coronavirus relief package, but she didn't provide any specifics. She also adds, "this money should go to students," though it's unclear how that would work.