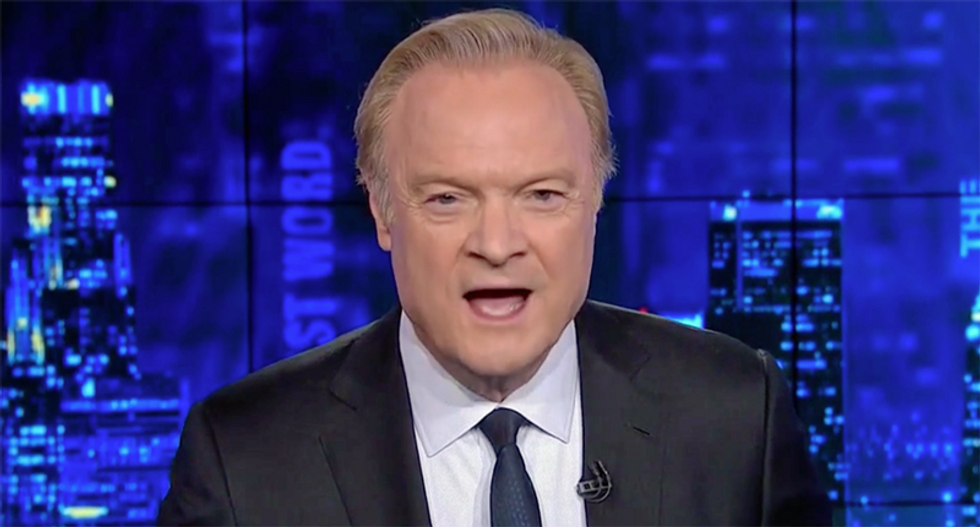 MSNBC anchor Lawrence O'Donnell continued to publicly call out the White House press corps for their coverage of the reports that President Donald Trump was briefed that Russia was paying bounties for the killing of U.S. troops in Afghanistan, yet did nothing.

"It took 31 days! It took 31 days and today a reporter finally asked Donald Trump about what the reporter called, quote, 'reports of Russia having bounties on our soldiers in Afghanistan,' and Donald Trump did exactly what we expected him to do: he lied and he quickly turned to the next question," O'Donnell explained.

"It took 31 days to get to that question because Donald Trump refused to take any reporters questions for weeks after The New York Times investigative reporters broke the story -- 31 days ago -- that intelligence reports were presented to the president saying that Vladimir Putin was paying the Taliban to kill American soldiers in Afghanistan," O'Donnell noted.

"They were simply counting on reporters to forget about it," he explained. "And many of them did."

"And Donald Trump helped them forget about it by constantly saying distracting things that became the news of the day for those reporters who forgot about it," he noted.