'Lie, deny, and defy': CNN's Cuomo says Trump's deceit is as 'toxic' to America as COVID-19 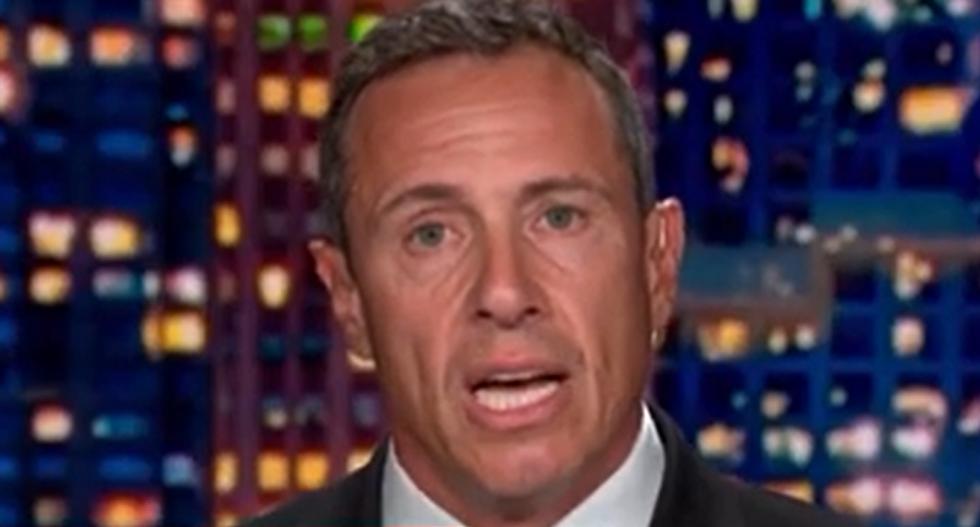 "99 percent of COVID cases are harmless, says Trump," Cuomo said. "Remember, the White House numbers puts our death rate at around 4, 4-plus percent. Is that harmless? To the 130,000 plus dead, to their families, to the tens of thousands who suffered terribly, to all those suffering now, harmless?"

"Maybe if he gave a damn, maybe if the president of the United States were not ignoring and coming up with new ways to reportedly get you to live with a pandemic, maybe then he would know just how stupid that statement is," said Cuomo. "I will say this. Trump's strategy of lie, deny, and defy all facts and decency is just as toxic to our society as 99 percent of COVID-19 cases. But he is being honest about one thing, and it matters, especially now, especially to you, the president's supporters. Because you also own what he is saying right now. His blatant pitch to bigots. He has no position on whether the Confederate flag should be flying in America in the year 2020."

"This man will not bring anyone together. His plan is the opposite," said Cuomo. "That's why if you want to beat this pandemic, if you want America to be better for the worthy, the key is the we. You and me."