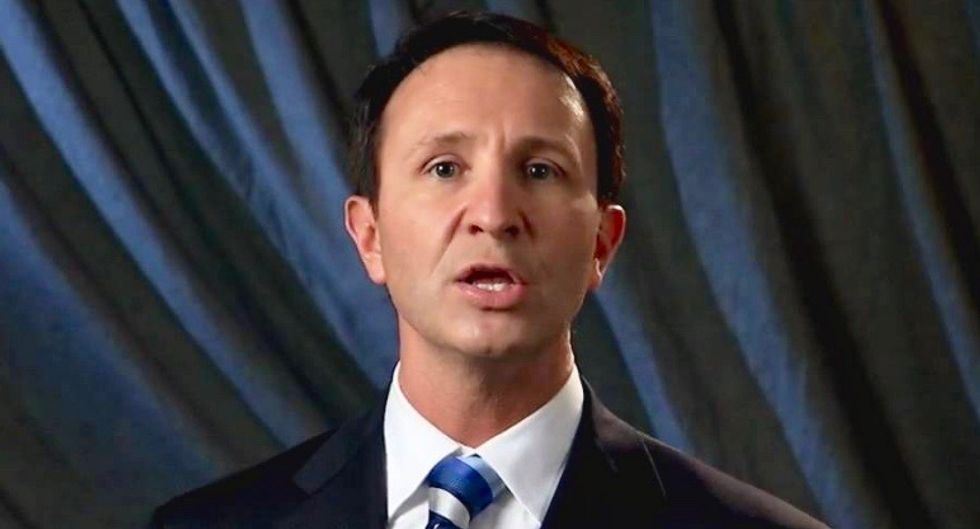 Vice President Mike Pence traveled to Louisiana Tuesday to meet with Democratic Governor John Bel Edwards and the state’s two Republican Senators to share his message about the importance of opening all schools in the fall. Not on the tarmac in Baton Rouge when Air Force Two landed at 11:13 AM was the Bayou State’s Tea Party Republican Attorney General Jeff Landry, who tested positive for coronavirus before he was slated to greet the vice president.

“Out of an overabundance of caution with the Vice President coming to our state, I was tested for Cornavirus,” Landry told the state’s Dept. of Justice employees via email, Louisiana’s The Advocate reports. “Though experiencing no symptoms, I tested positive for COVID-19.”

Attorney General Landry has opposed measures to protect the people of Louisiana from the deadly virus, and the statistics show his efforts are not working.

While Louisiana is only 25th out of America’s 50 states in population, it ranks 12th in coronavirus cases, with 82,051. Worse, coronavirus is exploding across the state. In per capita cases the state ranks third.

Louisiana ranked eighth on Monday in new cases, with 2,224.

And in total deaths Louisiana ranks tenth, with 3,428.

Gov. John Bel Edwards, who lost an aide to the coronavirus, has tried to reduce the infection rate, but his efforts have been undermined by the Attorney General.

Also in May Landry “urged” the Governor to re-open barber shops and salons, saying there are “thousands of licensed cosmetologists in our State; many are independent contractors who have no other source of income and are struggling to make ends meet.”

In late April he “encouraged” Gov. Edwards to allow churches, which have been major spreading sites, to re-open.