Maddow reveals pleas from doctors: 'We're fighting two wars -- one is coronavirus and the other is stupidity' 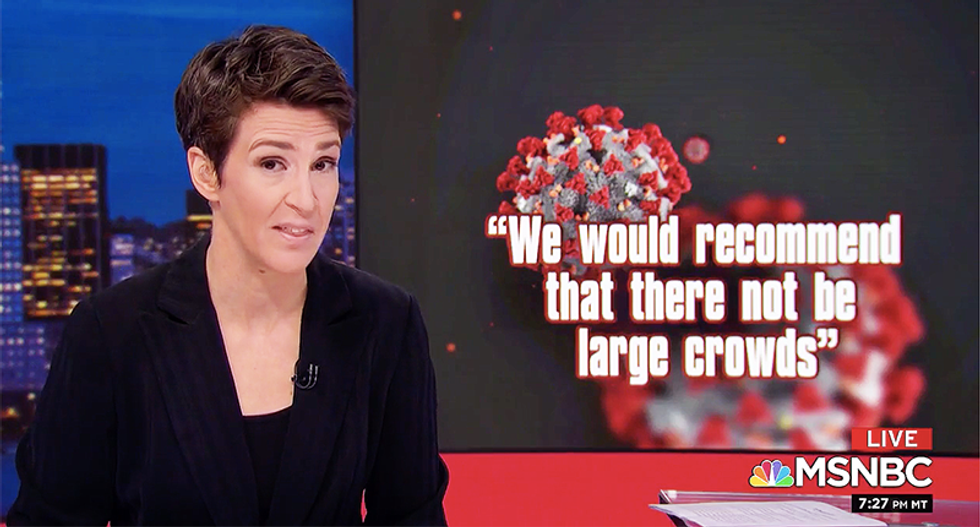 MSNBC's Rachel Maddow revealed the dire situation that many states are now facing as cases of the coronavirus increase in the southern part of the United States from Florida to Arizona.

In a video of a San Antonio, Texas hospital, doctors explained that they have just three machines and ten patients who need them.

"How do you make those decisions?" the doctor asked.

One Houston doctor was captured suggesting, "if you want to live to see August 1, you should stay indoors and isolate on July 4th."

Then there are the doctors who are starting to get angry. SkyNews interviewed a team in Houston where the doctor explained people should be doing more to protect themselves.

"We're fighting two wars," he said. "No. 1 is the coronavirus, and war number two is stupidity."

She noted that in Houston, they're already at max capacity.

"Houston is the fourth largest city in America," Maddow said. "This is where we are. And this is what we are going to keep barrelling further and further in to without a change in course."