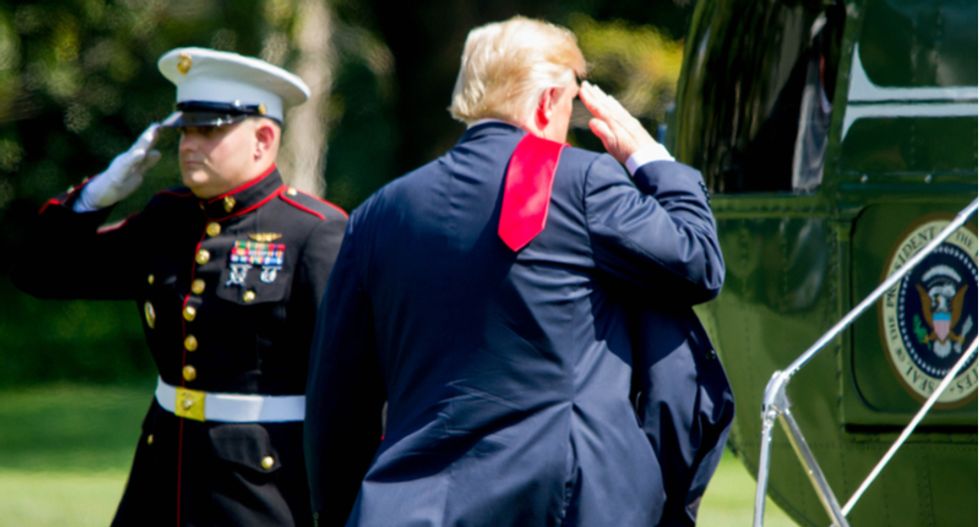 According to a Marine Corps spokesperson speaking to POLITICO, a Marine assigned to the military helicopter squadron that transports President Trump has tested positive for coronavirus.

"The Marine, assigned to Marine Helicopter Squadron 1, was tested on Tuesday and received the positive result on Thursday, said spokesperson Capt. Joseph Butterfield, adding that the squadron administers 80 to 100 tests per week," the report states.

The squadron was informed of the positive test on Thursday, just ahead of Trump's planned trip to Bedminster, N.J this weekend.

"Out of an abundance of caution, Marines who may have had contact with the infected Marine have been removed from the detachment," Capt. Joseph Butterfield, adding that the Marine was never in direct contact with the Trump helicopters. "No impact is expected to the President during his trip to Bedminster, N.J."