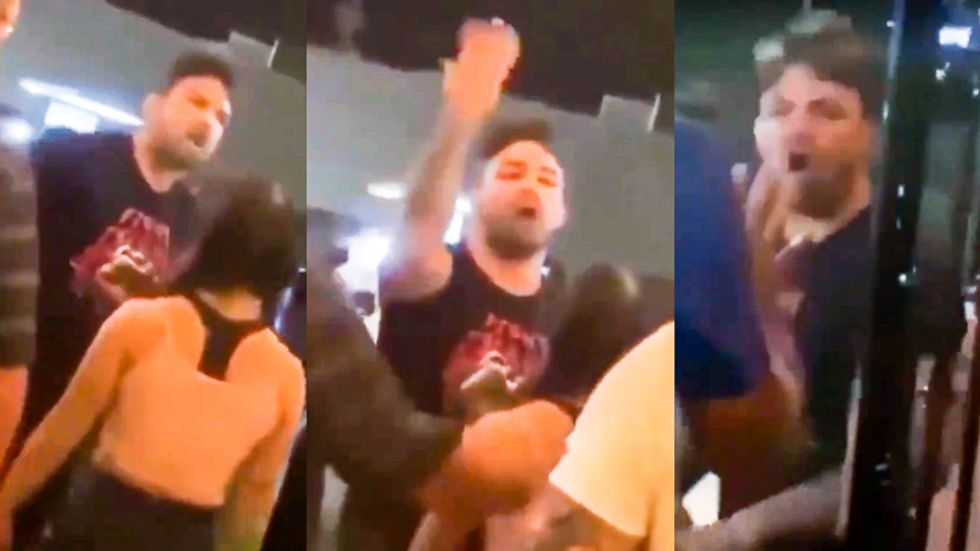 UFC fighter Mike Perry was seen on video punching an older man for allegedly touching him. Perry, who is white, can also be heard using the N-word multiple times.

According to ESPN, the incident occurred at Table 82 in Lubbock, Texas on Wednesday.

In a video shared on social media, Perry appears irate as he is ushered out of the restaurant.

Lubbock police officers who arrived on the scene declined to arrest Perry but said that an investigation into the incident is ongoing.

Two days earlier, Perry had threatened to "hit" anyone who came within six feet of him.

"If you see us in public and you get too close, I’m gonna hit you. Social distancing says you gotta stay 6 feet away from us," he wrote. "You come in my bubble you getting Sparta kicked in the nuts and f*ckin stone cold stunnered b*tch!"

"Please try me," he added. "I promise I will baptize you in the name of street Jesus!"

Mike Perry in a bar fight last night over someone “touching him”. This is pretty disgusting behaviour from a UFC… https://t.co/raTC2SWixj
— MMA Eejit 🇮🇪 (@MMA Eejit 🇮🇪)1594252727.0