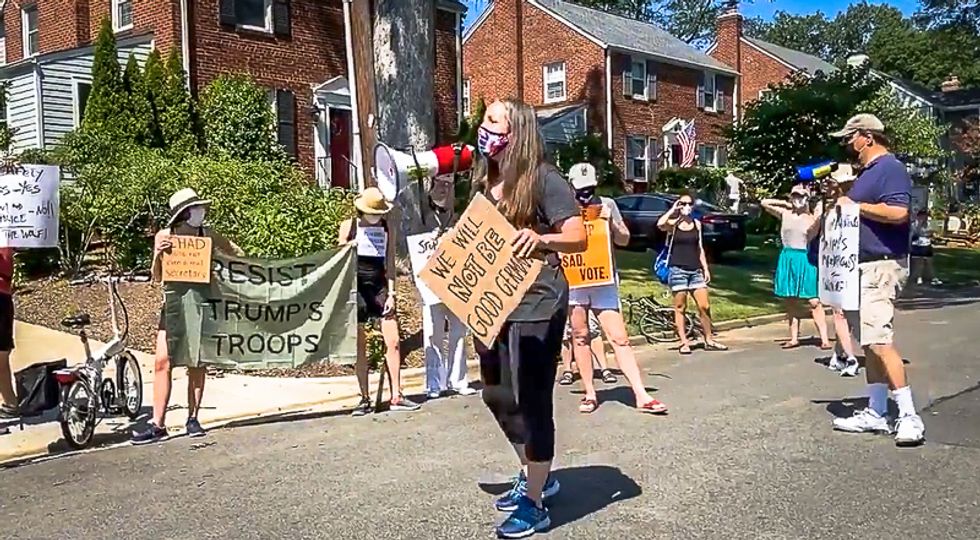 Neighbors of acting DHS Secretary Chad Wolf came to his home to protest on Sunday after his agency clashed with demonstrators in Portland, Oregon.

According to writer Julia Rosas, the group of neighbors assembled outside Wolf's home because they oppose the use of force against protesters in Portland.

One woman, who described herself as Wolf's neighbor, complained that powerful men and women often face no consequences for misbehavior.

She added: "What has been made more clear than ever is that men hide behind their wives, behind their children!"

Wolf and his family were reportedly not at home at the time of the event.

One speaker at the protest outside of Sec. Chad Wolf’s home complains how there’s no financial, career, and legal c… https://t.co/QRbuAIzDYe
— Julio Rosas (@Julio Rosas) 1595777072.0