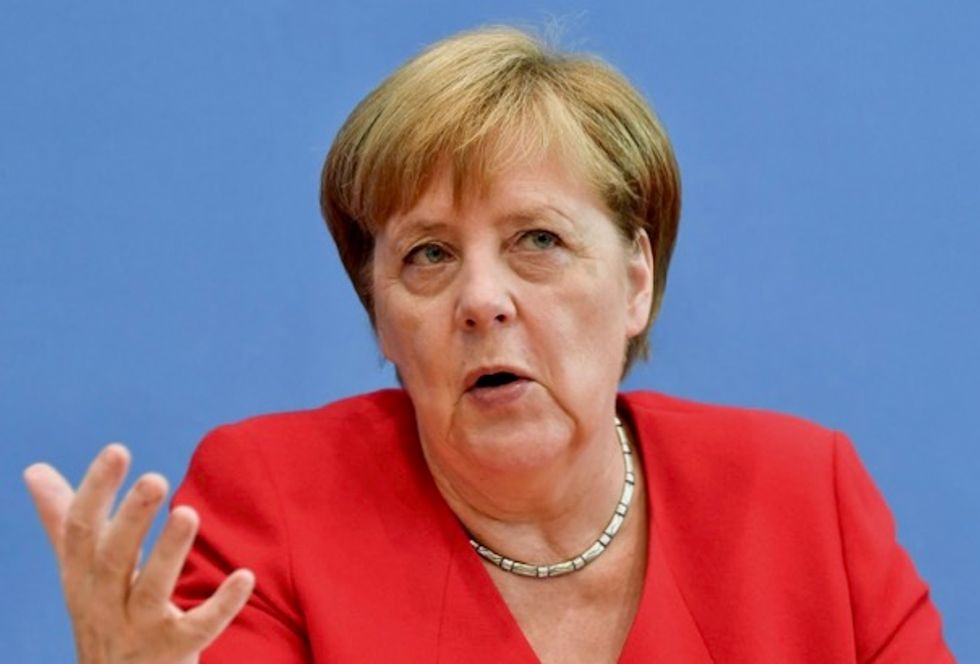 An EU summit to agree a huge coronavirus economic rescue package could collapse without a deal, German Chancellor Angela Merkel warned on Sunday, as bickering leaders began a third day of talks.

The 27 leaders have argued for two days over the scale and rules for the package, with the Netherlands leading a band of "frugal" allies in demanding lower budgets and tougher conditions for handouts.

Arriving for what she said was probably the "decisive" day of the extraordinary summit, Merkel said there were still many divisions among the leaders.

"I still can't say whether a solution will be found," she said. "There is a lot of good will... but it may also be that no result will be achieved today."

The Dutch want member states to have a say over national bailouts to ensure countries carry out labour market reforms, while Austria, Finland, Denmark and Sweden want to see the up to 750-billion-euro package of loans and subsidies cut down.

The "frugals" have resisted the pleas of Germany and France, traditionally the bloc's most powerful members, to agree a plan to lift the countries hardest hit by the pandemic -- most notably Spain and Italy.

Macron urged leaders to "take responsibility" as Europe grapples with a severe recession caused by the virus and its lockdowns, saying a deal could still be found.

"But these compromises cannot be made at the cost of European ambition," he warned.

"Not out of principle but because we are facing an unprecedented health, economic and social crisis, because our countries need it and European unity needs it."

Michel was forced to work through the night to draw up a compromise that could be satisfactory to all when the leaders reconvened in a plenary session at noon (1000 GMT) on Sunday.

A French diplomatic source said Macron and Merkel refused pressure by Rutte and his allies to cut the grants in the scheme to below 400 billion euros ($460 billion).

Leaders are trying to approve a plan that could quickly send EU cash to countries hit the hardest by coronavirus, most notably Spain and Italy.

The Netherlands refused earlier versions of Michel's plan because they gave away too much cash as grants, instead of lending it as loans.

Rutte is also wary about the plan's governance and insists that national governments get a veto on the spending plans of governments receiving cash from the Brussels package.

Underlying his concern is the reputation of Spain and Italy for lax public spending in the minds of voters in northern Europe, and Rutte wants them to reform their labour and pensions rules.

In a concession to Rutte's demands, Michel proposed a "super emergency brake" that gives any country a three-day window to trigger a review by all member states of another's spending plans.

On Saturday, Michel proposed keeping the total recovery budget at 750 million euros but shifting the balance from grants -- down from 500 million in an earlier version to 450 million -- to loans, which rise from 250 million to 300 million, according to a document seen by AFP.

To further entice the "frugals" Michel promised to hike the rebates they get on their EU contributions.

Austria welcomed this but said it did not go far enough.

But the frugals are not the only problem. What EU officials call the "Rule of Law" issue will also be a stumbling block.

And the rescue package is in addition to the planned seven-year EU budget -- worth more than one trillion euros -- that the leaders must also discuss.

Here, countries will defend traditional targets of EU spending, such as farming to France and development projects in eastern Europe, that others would like to see go to fighting climate change or technology.