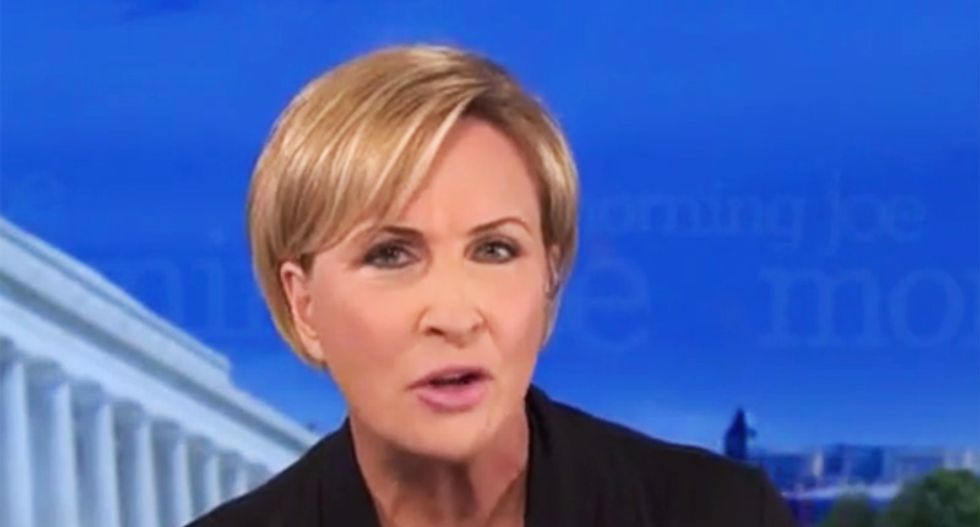 MSNBC "Morning Joe" host Mika Brzezinski went off on an extended diatribe on Donald Trump and the White House for attempts to smear the reputation of Dr. Anthony Fauci based upon a report from NBC News.

According to the NBC report, "The White House is seeking to discredit Dr. Anthony Fauci, the country's leading infectious disease expert, as President Donald Trump works to marginalize him and his dire warnings about the shortcomings of the U.S. coronavirus response."

Using that as a jumping-off point, the "Morning Joe" host called the president "pathetic," and blamed the massive and resurgent spread of the coronavirus solely on the president's bungling of the government's response from day one.

"Because every time they go after Fauci and take out of context something that he has said to try to make it look like he's got the science wrong, everybody will notice since January the president has got this wrong every step of the way," the MSNBC host added."He has tried to wish this away, he has not cared about people. On a day that 100,000 people died, he was worried about himself and nothing else. This is pathetic."